Have you ever wondered what it would be like to launch from a putting green? This fly-in is your answer.

Owner Mac Hodges made his mark in Radio Controlville with one of the world’s largest hobby shops and flight parks. As one R/Cer put it, where else could you buy the plane, walk out to fly the plane, crash the plane, then go in a buy replacement parts. Perfect. Now at 74 he finds himself retired from that business and enjoying life flying IN the planes. Bigger ones, of course. More importantly to us, he’s willing to share his incredible field with others.

The Bad Apples are a group of guys who, before this, made a point to only ATTEND fly-ins. When Mac Hodges offered up his slice of paradise, that changed. Tim Gaskins and company (LOTS of company) put this together to give back to a community they’ve enjoyed. Give back indeed.

Below are a few highlights. 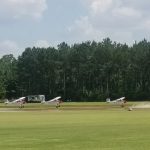 74 year old Mac Hodges had fun with this plane. First was wheel skipping on this shallow pond, next was doing one-wheel landing 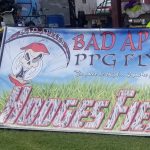 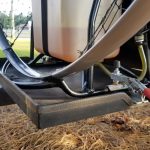 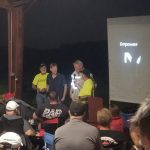 Lance Marczak and Mike Britt getting an award. Mike is a welder. Lance fixes things. LOTS of pilots end up being able to fly at events BECAUSE of these guys. 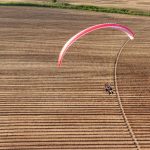 Andrew Fuller on a tandem foot launch flight just east of the field. 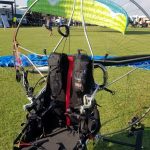 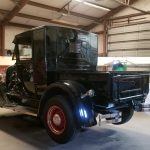 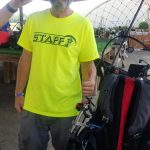 Bad Apple #47, Dave Holten, was one of many volunteers who made things better by keeping an out on during flying ops. He’s here because of his cool paramotor phone holder, though. 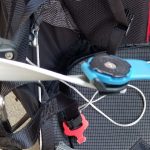 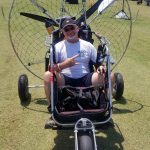 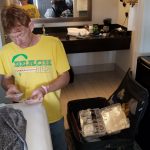 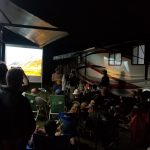 Having fun at others expense. Actually this is Lance getting awarded membership in the Bad Apples club for a GOOD guy. They better be careful or the “Bad” will wear down. 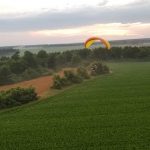 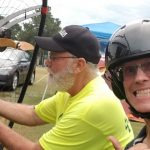 I wasn’t going to fly because it was getting late and I didn’t have time to put my wing with a loaner motor. Rob Catto to the Rescue. 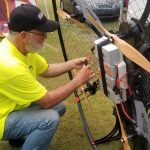 Rob let me fly his electric OpenPPG machine. I flew Rod’s 23m Advance Sigma 9 with orders to stay up as long as possible. No problem! 30 minutes. Love electric propulsion! 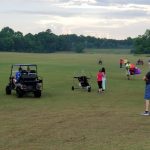 Yup, the whole field for us. 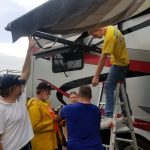 While Mike Britt was in welding up pilot’s broken mufflers, wild winds tore off his awning. Lance to the rescue. 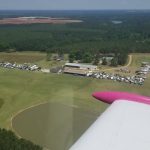 Flying over the field after arriving via Bubba. 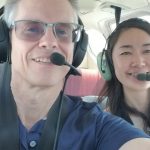 Dala Dala, a skydiver who’s had 8 paramotor flights, came along to check things out. She was fun to have.

For a long time, after an event full of talking over loud motors, shouting across distances, and just plane talking a lot, it would take a toll on my voice. There’s so many fun, interesting people–a target rich environment. I’d leave raspy and weak.

Lately, it’s been getting worse, and this was the worst I can remember. While flying back in the Bonanza, talking to controllers took a fair amount of effort, and they still probably thought I was sick. So I’m getting it checked out at an Otolaryngologist. If they tell me to be quiet for 3 days I don’t know what I’ll do. Tim may be jumping up and down for joy, though! I’ve also had mild allergic reactions which could easily be the cause but, like a still-green but increasing oil temperature indication, I’d rather get it checked out.