Can you paramotor at an airport whose control tower is closed for the day or night?

I’ve always understood that when a control tower closed, the airspace reverted from D to E. That would keep the entire surface area off limits to us without permission from the controlling agency, usually an air route traffic control center. But Phil Russman pointed out some sites that contradicted that belief so I went digging.

According to the Airmen’s Information Manual (AIM), it depends. Although the default is E airspace at the surface, that’s not always the case and you find out by consulting the Airport/Facility directory. An excerpt is included below and viewed online. Search for “FAA Chart Supplements”. These were formerly part of the “Airport/Facility Directory” (A/FD).

At those airports where the control tower does not operate 24 hours a day, the operating hours of the tower will be listed on the appropriate charts and in the A/FD. During the hours the tower is not in operation, the Class E surface area rules or a combination of Class E rules to 700 feet above ground level and Class G rules to the surface will become applicable. Check the A/FD for specifics.

But in the supplement (A/FD entry) below it shows that under “Airspace” it says Class D svc 1300-0300Z; other times Class G. That’s cool. It means you can fly there legally when the tower is closed and you’re in G airspace. 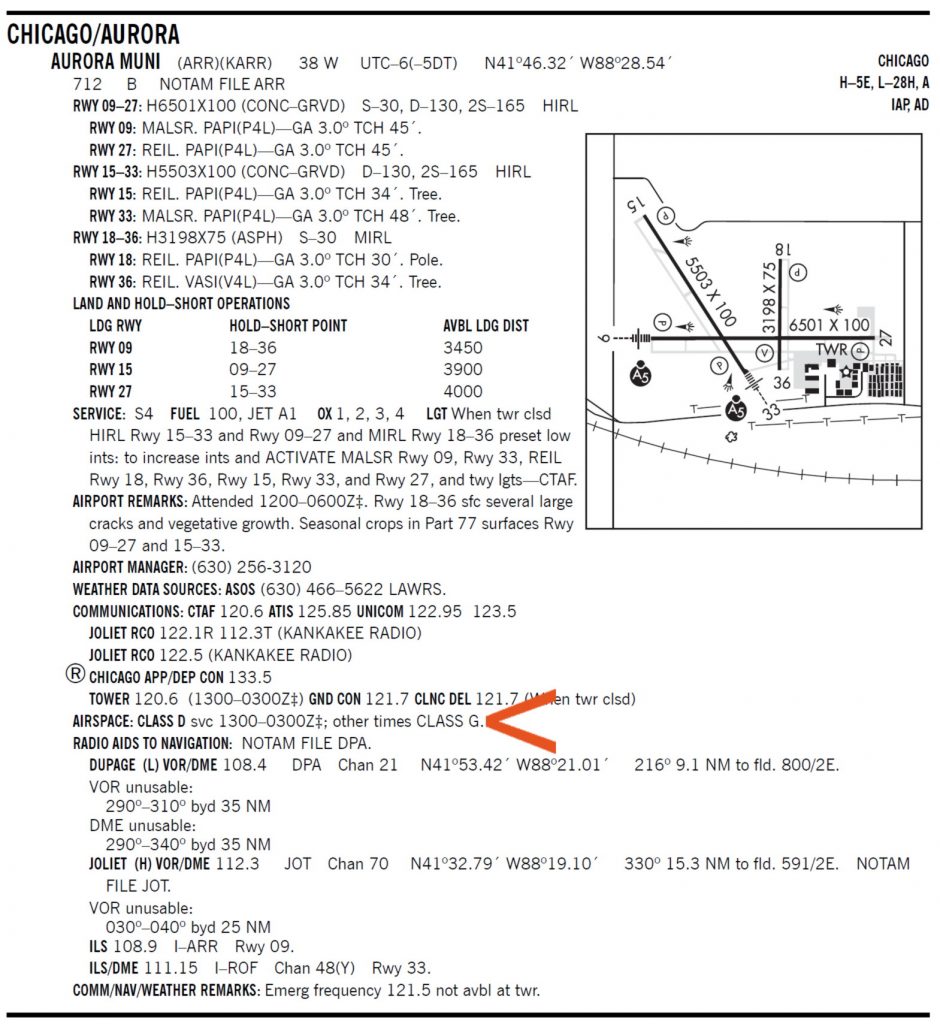 So there may indeed be times when you can fly from airports whose tower is closed without a radio. More importantly, you can fly areas around where the D airspace otherwise puts great sites off limits.

It’s good to know the law but, as always, exercise that knowledge carefully. We fly at the pleasure of a sensitive public—piss ’em off and we won’t fly anymore.