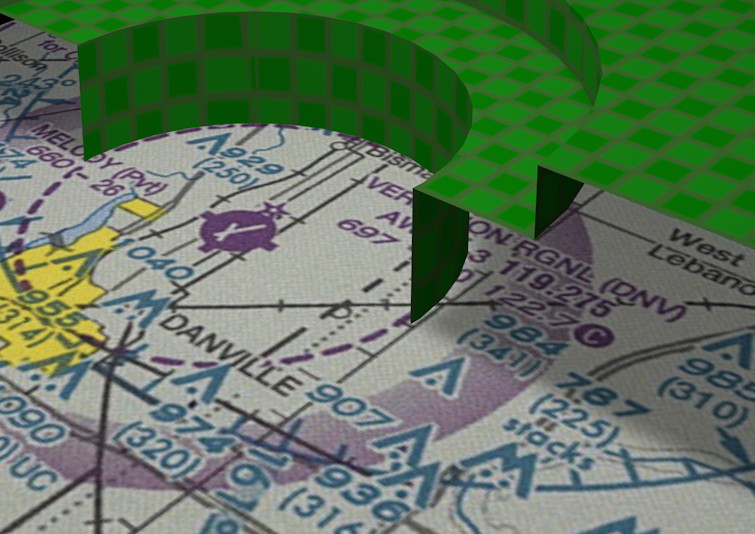 We canNOT fly in the “lateral boundaries of the surface area of Class E airspace designated for an airport” without permission (like that below). But there’s more to it.

In this depiction, green is the boundary between G (think G for Ground) and E. Dashed magenta lines mean E airspace drops to the surface — “Class E surface area.” This one goes all the way around the airport. That’s significant.

There are some class E surface areas that we CAN fly in. Read on.

You can see these differentiated in both the FAA Aeronautical Information Manual (AIM) 3-2-6, and the 1500+ page airspace tome FAA Order JO 7400.9 Airspace Designations and Reporting Points (excerpt below) which lists every single airport with E surface airspace. Airport surface areas, dubbed “E2”, are listed under section 6002, and extensions, sprouting from towered airports, dubbed “E4”, are listed under section 6004. Section 6003 lists extensions from B and C airports. 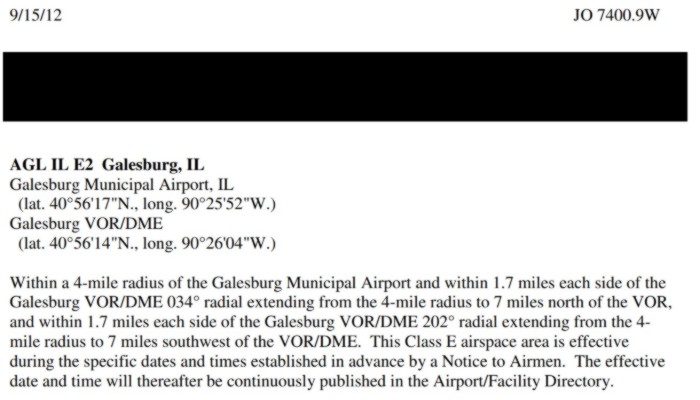 We canNOT fly in airport E surface areas (like the one above or airport 1 or 2 below).

We CAN fly in the E surface extensions (like airport 3 below). We can even fly in extensions from class B or C airports (dubbed E3).

There may be airports out there that have a complete dashed magenta circle AND magenta extensions, but I haven’t found one. If you do, where you can see they’re delineated as extensions, then we can fly there. Weird. Arcane.

The ultimate test is to see if the surface area in question is listed in JO 7400.9 as E3 (extensions to B/C airspace) or E4 (extensions to D/E airspace). If so, we can fly there, other factors permitting.

Class E surface area of any type is depicted with magenta dashed lines.

Below are descriptions of the types of Surface area and whether we can fly in the extensions. You can get permission for the airport E surface area by calling the Air Route Traffic Control Center or approach control that’s responsible. 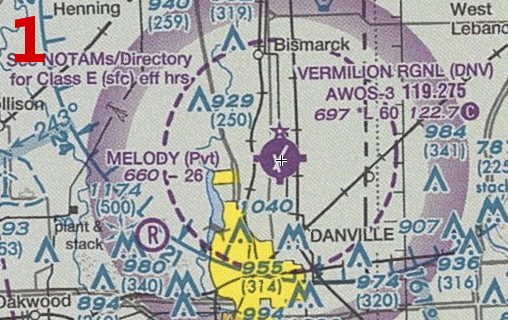 Above is another example of “the lateral boundaries of the surface area of Class E airspace designated for an airport”. It’s defined under JO 7400.9 section 6002 (E2) and we can’t fly here without permission. 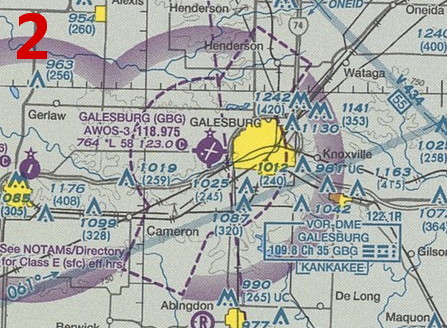 Galesburg (above) is also “the lateral boundaries of the surface area of Class E airspace designated for an airport”. We know because its geometry is defined under JO 7400.9 section 6002 as E2 airspace including the tabs that look like extensions but are not called extensions, they’re part of area’s definition. The piece of JO 7400.9 that defines Galesburg’s E surface area is shown below (irrelevant other airport info blacked out). We can’t fly here without permission. 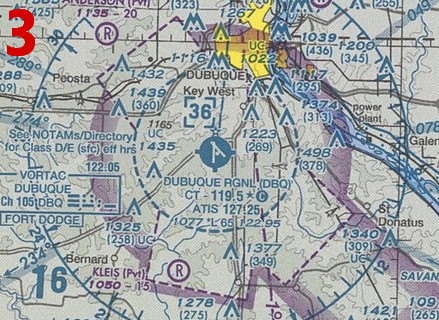 The primary airport (above) is D airspace where we need permission from the tower. But the extensions are listed as such under JO 7400.9 section 6004. They are E4 and we do NOT need permission to fly in them.

Few FAA people will know this. I’ve asked. It wasn’t until I was shown the documents and studied them a bit that I saw clearly how it works and what their intent was: to keep us away from moderately busy airports without permission.

As an aside, I have gotten permission from the controlling agency (Air Route Traffic Control Center) to fly from these airports but expect them to be surprised because regular aircraft do not need permission.

If you think there’s a better supported interpretation, please Email me at the Contact address. Include supporting document references with your explanation. Thanks!