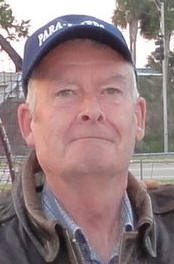 Spreadsheet guru Glen Boyd started writing a quick & dirty sheet for calculating gas mixes for his own use. With a basic understanding of US & UK (Imperial) gallons, liters, and a Metric Converter calculator, he wanted to work out the conversion factors from, as he says, “first principles” perspective. But what was the formal definitions of both gallons?

Some Googling revealed the conversion process to be surprisingly convoluted. US & UK gallons are basically apples and oranges because they’re defined by different units: one with cubic inches (US), the other in pounds of water. (see below “Liquid Volumes”)

Glen also made some observations about a handy little windows program called Convert that may have some small errors. Glen wrote a spreadsheet to do his own liquid volume conversion, GasOilMix by Glen Boyd. He shares his observations about Convert’s Volume tab:

OK, so this goes WAY beyond Paramotor Fuel Mixing.

It all started when I had to mix my first batch of PPG gas in Florida. I’m Canadian, eh? Personal opinions of the Metric System aside, calculations involving multiples of ten can make some results more intuitive – as opposed to, for example, 3.785411784, 4.54609, 8, 16, 20, 128, and 160. Of course, with a handy-dandy measuring container like “Ratio Rite” (thank you Mike Britt), no thinking is required. But how does it calculate ratios?

Lets say you have 2.5 gallons (US or UK), or for the sake of argument, 10 liters of gas. Your PPG motor requires a 50:1 gas-to-oil mix. How much oil must be added? If you’re dealing with gallons, it will be X ounces (oz); with liters it will be X milliliters (ml).

A pocket calculator with built-in unit conversions provides some basics. But those factors are just cold, impersonal (and sometimes approximate) numbers. Like the synthetic charm of a receptionist who has little insight into what’s actually going on behind the scenes.

To fly is to buy gas, often by the gallon, a liquid gallon; UK (Imperial) or US, that is. Its major sub-units are quarts (4) and pints (8), both north and south of the 49th parallel (Canada/US border). There’s also a US dry gallon, but that’s not very useful at gas pumps.

A US gallon contains 128 ounces; a UK gallon, 160. Also, a cup (in both systems) equals 8 ounces. But now things start to get a bit fuzzy vis-à-vis the PINT.

The aptly named quart equals one-quarter of a gallon, so a US quart equals 32 ounces; a UK quart, 40. Ipso facto, a US pint equals 16 ounces and a UK pint, 20. No doubt you saw this coming; it means that a US pint contains 2 cups; a UK pint, 2.5 cups. Somebody couldn’t leave bad enough alone.

Let’s start with the present then work back. The current definitions of gallons are:
one UK Gallon = the volume of 10 pounds of water at 62 °F
one US Gallon = 231 cubic inches

How? Why? Who could think of such things?

Wine trade was the culprit. No doubt the defining powers-that-were spent many a long evening in the wine cellar defining and re-defining their definitions with extensive laboratory tests. They finally decided that an appropriate volume would be contained in a cylinder six inches high and seven inches in diameter. (There is no record regarding this vessel’s subsequent use in public wine tastings.) Yes, but what about 231 cubic inches?

Pi is the ratio of a circle’s circumference to its diameter. Today its value is known to a gazillion decimal places, starting with 3.14159. That means a 6- x 7-inch cylinder’s volume equals (approx.) 230.907 cubic inches – close, but no cigar. Way back then in the wine cellar one of the oenologists remembered that Pi was approximately 22 / 7 (3.14286 – accurate to only two decimals). Grabbing a charcoal stick he scrawled on a wine barrel’s butt-end an equation that made history: “73.25 x 22 / 7 = 231”. To date, this is how the US defines a gallon: 231 cubic inches. (This seems quite practical since it’s a no-brainer to calculate a tank’s dimensions for a given volume.)

The British had a hang-up with the metric system and decided that their gallon would be based on the volume of 10 pounds of water (at 62 °F). Tank design is now slightly more complicated. How does one calculate the linear dimensions for a given volume if the volume is amorphous? Anyway, the UK gallon was defined in 1976 as 4.546092 liters. In 1985 the Canadian value of 4.54609 liters was adopted.

Great, US and Canadian gallons can’t be directly compared; it’s necessary to first convert them to liters. That’s why one US gallon is (approx.) 83.267% of a UK gallon, rather than 80% exactly; etc.