Lionel De Antoni contacted us a week ago after being arrested and having his gear confiscated by Indians. His crime? Merely flying over their land, even though he never set foot on it.

He would have been at the Salton Sea fly-in were it not for this travesty of control.

See also  Indian Lands for a map of where tribal lands lurk.

His flight was not unlike many I’ve taken. On about January 5, 2009, he parked on federal lands southwest of the Grand Canyon Skywalk and launched for a scenic PPG trip to the canyon, following one of few routes that airspace allows. Even though minimum altitudes were not required, he climbed and remained above 500 feet AGL. 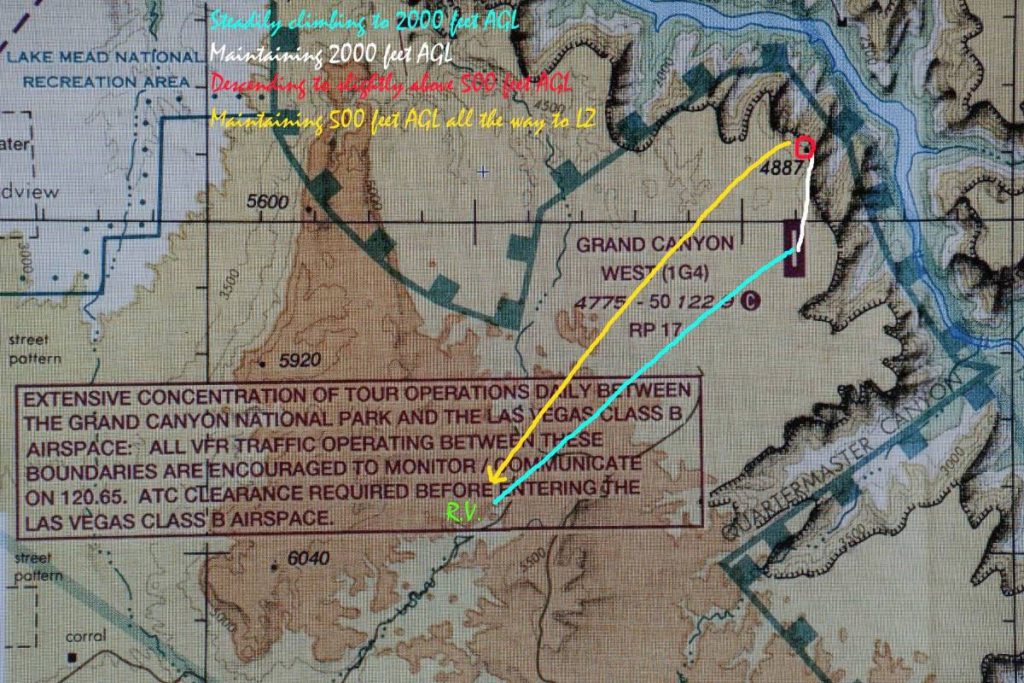 Indian land that Lionel flew over

When he returned the Hualapai police had left their reservation to confiscate his gear, including camper and camera. That left him homeless to boot. He whiled away the next three weeks in a hotel room.

I was abhorred to find out about it. We should all be. The tribe has absolutely no jurisdiction over the airspace and went off the reservation to arrest Lionel. They have staked an airspace claim over the reservation extending to 15,000 feet. His citation was indeed not for trespassing by land, but by air—he never touched Hualapai land.

Lionel sent us a chart snipped with his flight path and it became clear that the Indians have fired the first shot in a war of control. Lionel is looking for a lawyer and I, for one, hope he gets a good one and that the all pilots everywhere pipe in.

We use FAA approved aeronautical charts to know what airspace we can fly in, not tribal plats. That’s the way it should be. To my knowledge this is still the United States and, although we grant certain rights to tribes under treaties, airspace is not part of the deal.

Other media have rightfully picked up on this attempt at usurping jurisdiction. You can see their articles on AZDailySun.com and General Aviation News.

We should certainly respect landowners and sensitive areas by staying reasonably distant but this is not the way to endear such behavior. Arresting one of “us” for violating a law that doesn’t exist is a pernicious exceedance of authority. I sure hope this is resolved with due compensation to the pilot in a punishing way to the perpetrators. And it sure does lower my view of the whole reservation system and authority granted to the tribal police. Lets hope it’s an isolated crime that gets quickly dealt with.

2009-Jan-31 Update Theresa of Show Low, AZ shared this story of some trike pilots near Borrego Springs State Park. One pilot landed to check out high EGT readings, fearing an engine failure. Another pilot landed to assist. When they returned to their launch site, a ranger cited them for flying under 2000 feet AGL over a state park. But that wasn’t charted where they were flying (it is elsewhere in the park).

They contacted the Experimental Aircraft Association (EAA) who suggested Attorney Harris (619-713-0720) since he was local to the citing agency. Although it was no-doubt expensive to defend, it worked, and the case got dismissed. It came down to the fact that airspace is under the FAA’s control and cannot be usurped by Park Services or other local entities.

Needless to say, the Indians don’t govern airspace either, and having their police leave reservation land to cause such misery of a U.S. Citizen in an effort to exert unjust control is entirely unacceptable. We can all only hope that strong precedence is set in this matter.