Airport diagrams let pilots understand their taxi route, runway, and limitations (hold shorts). At present there are many shortcomings. Go here to see design principles that were incorporated to make the charts below.

We brief an expected route before landing but changes happen and pilots *DO* wind up heads down looking at these charts. Sometimes for too long. VERY SIMPLE changes to these airport diagrams could could reduce this time thereby improving safety, reduce repeated instructions, and increase airport flow rate. Here are some examples. Consider how quickly you can figure out the clearances by looking at the different charts.

One powerful way to reduce runway incursions is to keep airline captains focused outside the cockpit while moving. That means minimizing attention spent inside the cockpit such as reading charts. One dramatic improvement with my airline was requiring the after start checklist be completed prior to taxiing.

One area remains, though, that pilots have to look at while taxiing—the airport diagram. For most airlines that is Jeppesen’s 10-9 page. And it could use a lot of improvement. The airline doesn’t produce these charts but, as a major customer, it should push for improvements.

The goal must be to minimize how long pilots must look at the chart to decipher instructions. A number of visual tools can be employed that have been incorporated in the modified example. It’s a given that pilots should try to understand taxi instructions before moving, but sometimes instructions are given, or must be verified, while moving. 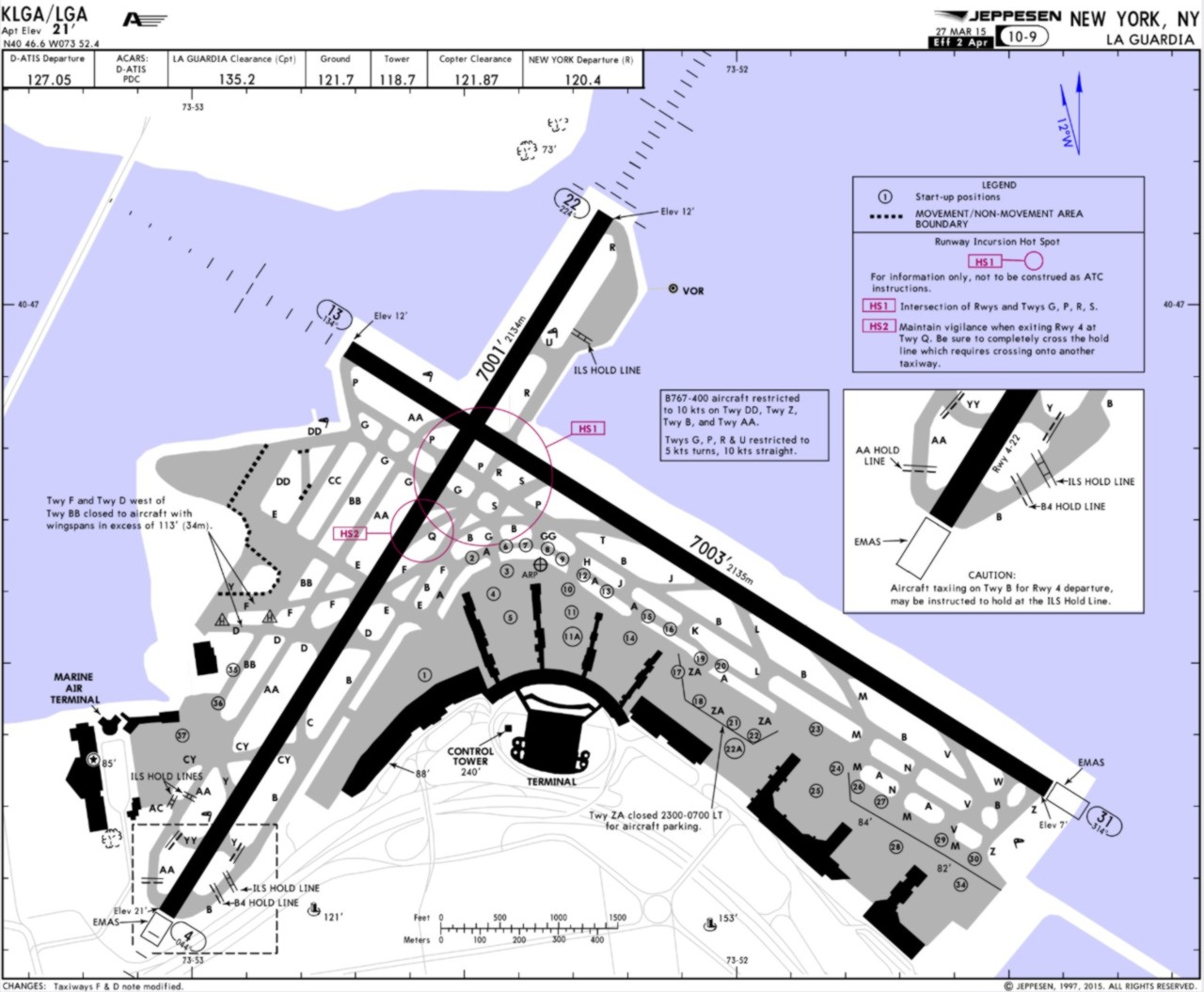 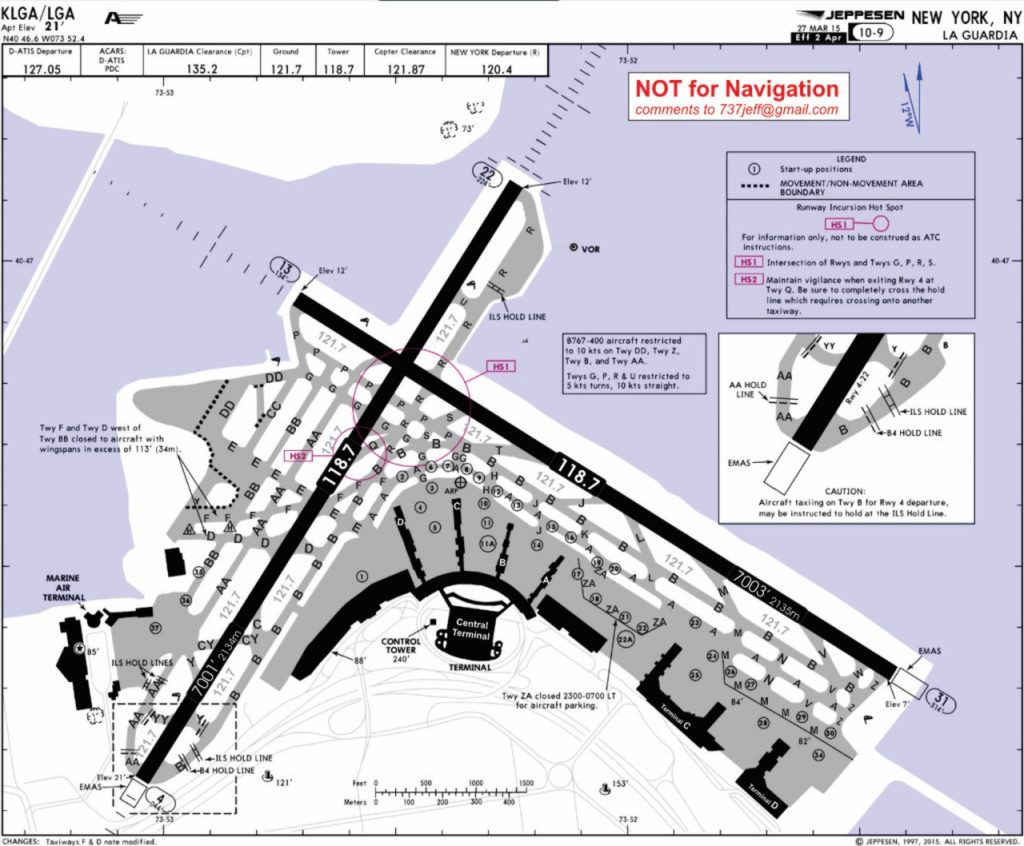 Here’s another example. Below arethe original and modified FLL 10-9 pages. Look at the two diagrams and see which one is quicker to understand the sample instructions. Remember, except for the initial call, a captain may be taxiing the airplane while getting instructions.

Runways at FLL have since changed but that’s not relevant to this exercise. Southwest flight 1 is parked on the far east side at terminal one. A crew is getting ready to taxi and gets this:

Using the same charts below, consider also this one. The flight just landed on runway 13. The crew will most certainly be moving when this instruction comes in.

“Southwest 1, turn left when able, left on Delta. Taxi to your gate using Sierra, Bravo, enter the ramp at T2.”

Look at both charts to see which are easier to use. Of the pilots I’ve showed these charts to the answer has been immediately that the second one is.

The pilot is going to take much less time looking at the modified chart to figure (or re-figure if given new instructions while moving) his route. Given the FAA’s appropriate emphasis on minimizing runway incursions, that is an important outcome.

What’s the tower frequency? On the modified chart it’s right on the runway. How about ground control. Just off the runway where a pilot needs it!

Below are some other examples.

The crew, with the captain as “pilot flying” landed on 25L, turned off at A6, was instructed to cross 25R by the tower and call ground. After crossing, the captain slowed or stopped the airplane while the FO called ground but got no response. He looked down and saw that it was the wrong frequency. The captain looked at his Ipad, found the ground control frequency and spoke it out. The FO dialed it in and called again.

They taxied towards the ramp entrance and called ramp who cleared them into the gate.

Both the captain and FO thought they were given a shorthand clearance to taxi to the ramp which was nearby and contact ground but that’s not what had actually happened.

The ground control frequency picked up by the captain turned out to be the East ramp frequency (127.9). That transmission to “call ramp” wasn’t ground control, it was East Ramp saying to call West Ramp! In other words, they taxied to the ramp without ever even talking to ground control and didn’t realize it until too late.

Had they been using the chart below this would NOT have happened. Ground’s frequency is plainly obvious since it’s right where they’re already looking. By the time they figured out what had happened they were about to turn into the ramp.

Of course more vigilance is always a solution and these pilots will, no doubt, be more vigilant as to what frequency gets set in the radio. But some low hanging fruit of aviation safety resides in the chart below that could almost entirely eliminate these types of problems. Put the ground control frequencies where pilots are looking — near the runways where they get off. 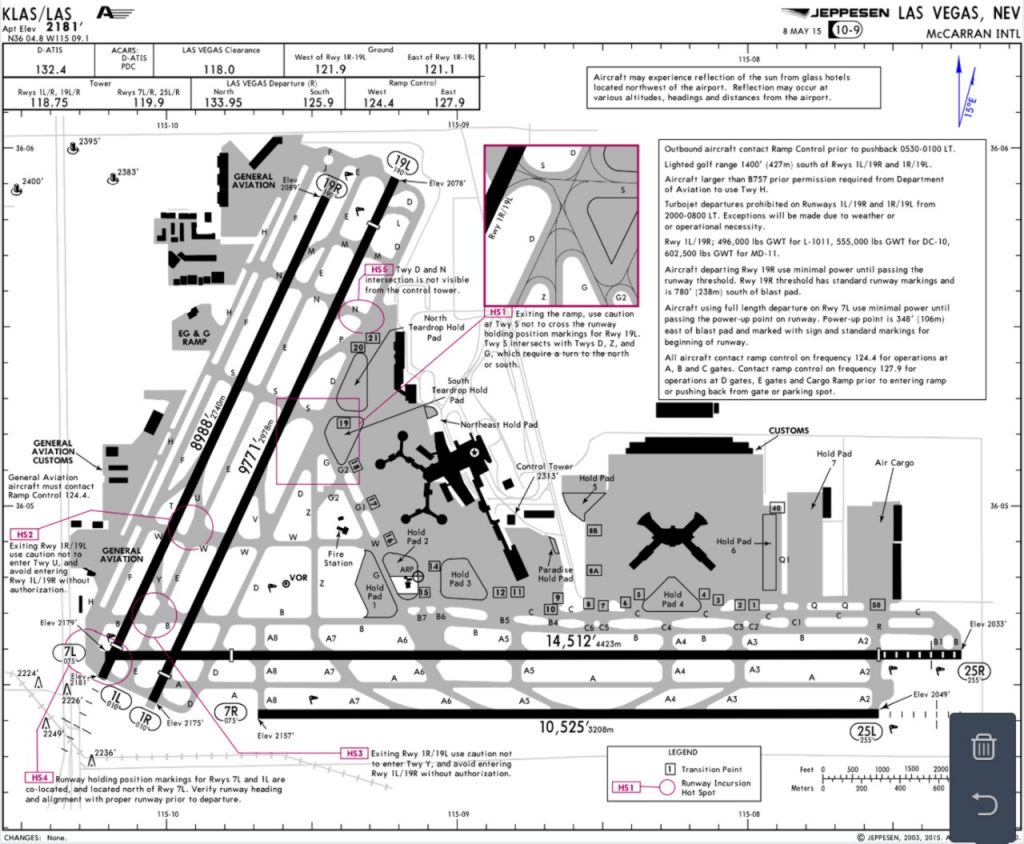 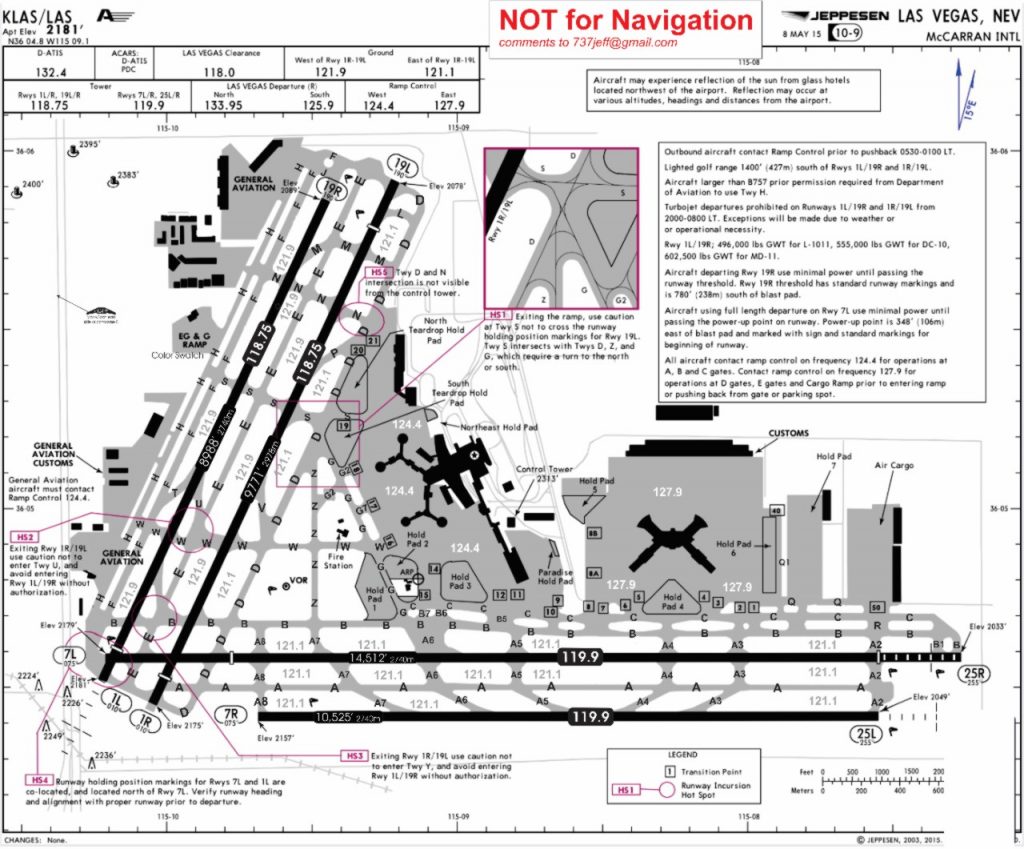 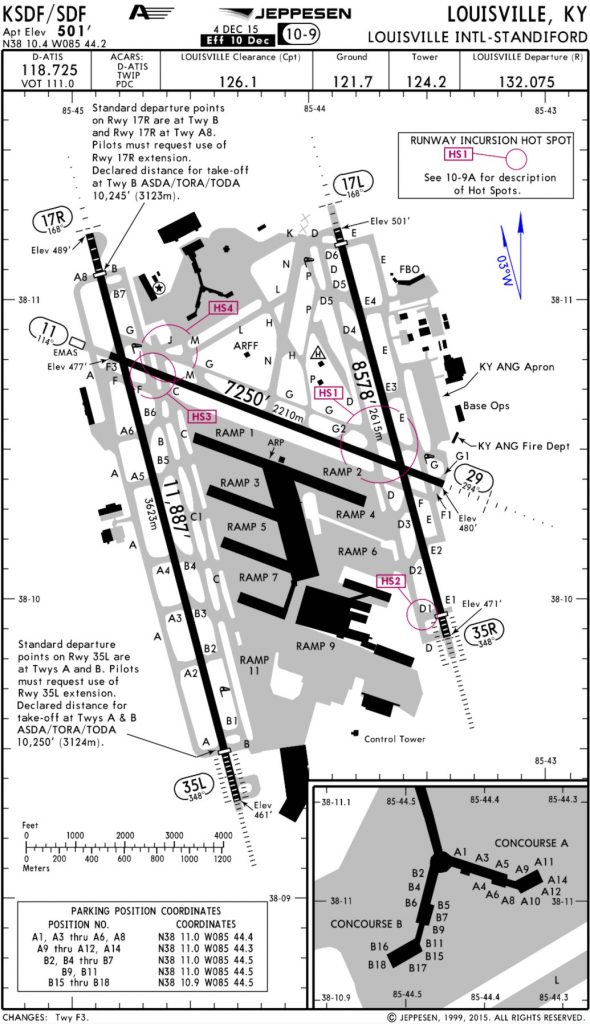 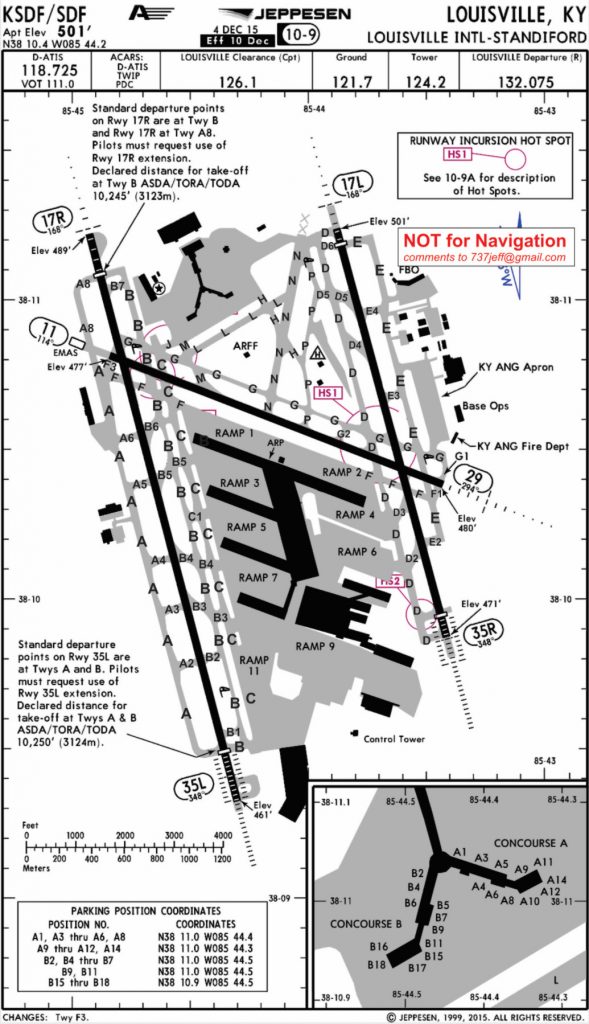