Priest and the Pilot

A priest dies and is waiting in line at the Pearly Gates.

Ahead of him is a guy dressed in sunglasses and leather jacket. Saint Peter asks him “Who are you, so that I may know whether or not to admit you to the Kingdom of Heaven?” The guy replies, “I’m Captain Knight, retired American Airlines Pilot from Dallas.”

Saint Peter consults his list. He smiles and says to the pilot, “Take this silken robe and golden staff and enter the Kingdom.”

Next up is the priest. He stands erect and booms out, “I am Father Joe, pastor of Saint Mary’s in Pasadena for the last 43 years.” Saint Peter consults his list. He says to the priest, “Take this cotton robe and wooden staff and enter the Kingdom.”

“Wait a minute,” says the good father, “that pilot gets a silken robe and golden staff while I get only cotton and wood. How can this be?”

“Up here … We go by results,” says Saint Peter, “when you preached, people slept; when he flew people prayed.”

A Jan 1, 2007 report by the Chicago Tribune, tells of a UFO sighting. On November 7 of last year, several United Airlines employees, including a supervisor and pilots, reported seeing a flying saucer-like object. It hovered over the terminal building for a short period then vanished vertically into the clouds.

The FAA investigated. No radar records or other corroborating evidence was found so it was chalked it up to atmospheric phenomenon in combination with the time of day. They said that clouds and the evening light made conditions just right for various illusions to be possible.

But one air traffic controller and union official, Craig Burzych, suspect they may have indeed arrived but were sorely disappointed. His comment:

“To fly 7 million light years to O’Hare and then have to turn around and go home because your gate was occupied…is simply unacceptable,”

Two men dressed in pilots’ uniforms walk up the aisle. Both are wearing dark glasses, one is using a guide dog, and the other is tapping his way along the aisle with a cane.

Nervous laughter spreads through the cabin, but the men enter the cockpit, the door closes, and the engines start up. The passengers begin glancing nervously around, searching for some sign that this is just a little practical joke, but none is forthcoming. The plane moves faster and faster down the runway and the people sitting in the window seats realize they’re headed straight for the water at the end of the runway.

As it begins to look as though the plane will plow into the water, panicked screams fill the cabin. At that moment, the plane lifts smoothly into the air. The passengers relax and laugh a little sheepishly, and soon all retreat into their magazines, secure in the knowledge that the plane is in good hands.

In the cockpit, one of the blind pilots turns to the other and says, “You know, John, one of these days, they’re gonna scream too late and we’re all gonna die.” 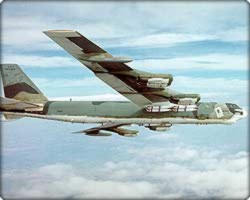 There’s a story about the military pilot calling for a priority landing because his single-engine jet fighter was running “a bit peaked”.

Air Traffic Control told the fighter jock that he was number two, behind a B-52 that had one engine shut down. “Ah,” the fighter pilot remarked, “The dreaded seven-engine approach.”

One day the pilot of a Cherokee 180 was told by the tower to hold short of the active runway while a DC-8 landed. The DC-8 landed, rolled out, turned around, and taxied back past the Cherokee.

Some quick-witted comedian in the DC-8 crew got on the radio and said, “What a cute little plane. Did you make it all by yourself?”

The Cherokee pilot, not about to let the insult go by, came back with this zinger: “I made it out of DC-8 parts. Another landing like yours and I’ll have enough parts for another one.”

Eastern 702: “Tower, Eastern 702 switching to Departure. By the way, after liftoff we saw some kind of dead animal on the far end of the runway.”

Tower: “Continental 635, cleared for take-off behind Eastern 702, contact Departure on frequency 124.7. Did you copy that report from Eastern 702?”

Ground (in English): “If you want an answer you must speak in English.”

Lufthansa (in English): “I am a German, flying a German airplane, in Germany. Why must I speak English?”

Unknown voice from another plane (with British accent): “Because you lost the bloody war!”