Freak snowstorm and getting stuck in ABQ | Escape From Albuquerque Log

History has now shown that the day I chose to visit Albuquerque was the beginning of its worst snowstorm on record. The worst. My abortive trip still provided life experiences whose memory will, no doubt, improve through the rose colored glasses of time.

Payback’s an itch. I got scratched.

Normally, I’m smart enough to leave Chicago’s winter gloom for better weather—such was today’s plan. Airline to Albuquerque, visit family, come back to ABQ, drop off the rental car then fly my nearly-forgotten Bonanza from Albuquerque to Phoenix.

Great plan—I’d visit the Danieles, drive up to see family in Santa Fe, then top it off with a nice airplane flight to Phoenix. That would leave time to paramotor the Verde river on Sat afternoon with some of the Phoenix boys.

Not so fast, propellerhead.

My first clue came while boarding the LUVjet in Chicago. The captain commented about “freezing fog” and “hope we get in.” Uh, what?

The second and far stronger clue came during arrival into ABQ when the captain announced an impending 30 minute hold while the airport cleared snow from the runway. Snow? This is Albuquerque for Bob’s sake! It flurries here, it doesn’t snow.

It wasn’t just snowing, either, it was winter storming. Great. I was relieved a bit when, on approach, I saw the runway lights followed by a nice landing. That relief was short lived.

I headed for the car rental center. After declining the insurance, gas option, navigation option, and several other semi-useless expenses, I waded to my rent-a-heap only to find it covered with 4 inches of wet snow. There was, of course, no snow brush. But there was that folded rental contract. Yup, it worked. Not for long, mind you, but long enough to scrape out a porthole through which I could see the winter wonderland. Now for the fun, slip-sliding amusement ride that would be my drive to Santa Fe.

Barely out of the lot, my brother called. The one that I was now on my way to go visit. “The roads are closed” he said. “Even the 4-wheel drives are struggling.” Great.

Mother nature was getting back at me for skipping out on her category 5 nuclear snowstorm a few weeks ago in Chicago. I think I gloated  somewhere on this website about that. I’d only done a cursory check of the weather before leaving and nothing hinted that this would happen.

The weather was bad enough that I didn’t even want to brave I-40 westbound to visit Jerry & Michelle. Obviously I wouldn’t be going anywhere in my airplane so there was little to do. Fortunately, working out, writing and trying to sort out plans consumed the afternoon. I’m never bored as long as I’ve got a working computer and the electrons to run it.

Lord willing I’ll succeed at leaving here but I’m not anxious to take on mountain flying in a small airplane with icing conditions, clouds and cumulo granitus poking into my cruising altitudes. Its practically an emergency operation anyway what with only one engine and one pilot. My only ice protection is pitot heat (for airspeed)—at least I’d know how fast I crash into the mountains.

Snow continues to fall at this late hour. We’ll see what sunrise brings.

This morning I went out to salvage some soda. My rent-a-wreck looked like a powdered pastry with at another 4 inches of wet snow. At least I couldn’t see the smiley faced crack that runs from one side of the windshield to the other.

I called the Fixed Based Operator where my airplane is ensconced and asked about the chances for leaving today. When gracious Greg stopped laughing, he expounded on the field of snow that was now his ramp, the lack of a plow, the impending arrival of aircraft with no place to go, etc. OK, I get the picture. But there’s a glimmer in there—aircraft apparently can arrive? I suppose the fact that all airline flights leaving ABQ today are cancelled should be a clue. It doesn’t snow much here so they don’t have enough plows to quickly eradicate the stuff. Remember, it flurries here, it doesn’t snow.

Even the highways leaving here are closed. I’m trapped. Not that I’m really complaining since I’m warm, wired and it’s actually cool looking when seen from other than a windshield.

After an afternoon working on drawings to demystify charts and a very enjoyable evening with the Danieles, this morning dawned clear. It promises to be beautiful weather for a Bonanza flight to Phoenix.

Yesterday I went out to the airport and was please to see they found room for Bubba (the Bonanza) in a hangar. It is completely snow free!

The evening provide my most enjoyment of the visit, by far. Jerry and Michelle are an amazing couple. Their beautiful daughter, Jordan, is a charming treat and it was great to spend time with them.

Jerry is one of the most interesting people you’d ever want to meet. He showed pictures from his recent trip to Egypt and has been working actively on a Novel that sounds most intriguing.

Finally, I made it out. Between this paragraph and its predecessor was an ordeal needy of its own log entry. Remember the airplane’s position in the hangar? Way in the back? When I arrived at the airport they told me I was stuck since they couldn’t move those other airplanes out due to ice on the ramp. Thankfully they were willing to let me go check it out.

Turns out, the hangar had enough room so that we could move the other airplanes around without needing ramp space. We did that and then finally got a clean shot into the snow with my airplane. I got on the passenger side and pushed while the tug driver pulled. We traversed a hundred feet of ice and snow before hitting clean asphalt. Ahhh, what a relief.

The flight over was spectacular. I followed roads for much of it in case of motor “issues” but Bubba ran flawlessly. It’s sunny and 60 something degrees here. The snow is but a memory. 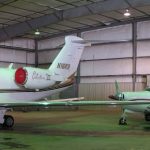 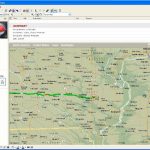 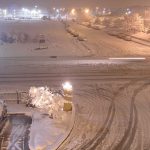 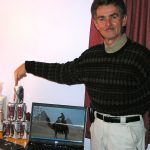