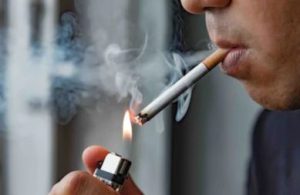 Yup, it’s bad for us. So is hang gliding, paragliding, riding motorcycles, swimming, bicycling, etc. Although I wouldn’t make the trade, it comes down to this: smoking is trading pleasure for risk and money. Hmmm. Sounds familiar. Â© 2016 Jeff Goin & Tim Kaiser Remember: If there’s air there, it should be flown in!

Critical look at paragliding vs smoking

For the users, it’s fun. But it increases your risk of health problems, costs money, and there’s a small chance others can be affected. Of course I’m talking about powered paragliding. But I could also be talking about smoking.

I recently spent a morning at Andy Jackson Airpark in California, parawaiting, and befriended a local hang glider pilot, Steve. He has chosen a simple life, making enough money to eat, fly, live, etc. When I told him I was going into town he asked me to buy him a pack of cigarettes and gave me $5. I chided him a bit, “dang, that’s the cost of a ride to launch!”. He just smiled and thanked me for doing it.

While driving I got to thinking about that exchange. I find myself looking down my nose at smokers but is that fair? After all, cigarettes give their users pleasure in exchange for money and risk. Isn’t that what I do? You could talk about the toll on our medical system but what about paraglider pilots who can’t pay THEIR medical bills? I’ll bet it has happened.

Since I started taking hang gliding lessons I’ve been amused at the reaction when they find out I fly paragliders and paramotors. “Those things are so dangerous!” they say. True, but no more dangerous than hang gliding. Different dangers, to be sure, but about the same level of risk. Smoking adds addiction to the risk, and it’s debilitating effects are usually long delayed, but it’s all part of the risk equation.

Rob McKensie is one of the coolest humans I know. He’s a long, LONG time hang gliding and paragliding instructor in San Bernardino, CA who is not only a talented teacher, but is creative, clever, driven and very much a critical thinker. He doesn’t go blabbing about it, he just is.

On the drive up to Marshal (a flying site) with several hang glider pilots we got into one of these discussions. I offered my observation of USHPA data–that hang glider and paraglider pilots meet their demise at seemingly the same rate. Rob mentioned that there is a chart (wish I knew where) plotting paraglider and hang glider fatalities by location. Paraglider pins are scattered about the soaring sites whereas hang glider pins are concentrated at the launch and landing sites. Listen, I’m doing both and I simply want to know how they’re happening so I can reduce that risk. It’s nice to have a good, rational, evidence based voice of reason. Leave it to Rob.

I hate the following statistic because I’m an avid paraglider pilot. Sometimes reality sucks. Of the 10,000 or so USHPA.org members, approximately 4 die annually in pursuit of their pleasure. That would be 400 fatalities per million participants if it got popular. If we applied that same ratio to the number of smokers (about 40 million), there would be 16,000 fatalities per year hang gliding and paragliding. Ouch.

Yup, it’s bad for us. So is hang gliding, paragliding, riding motorcycles, swimming, bicycling, etc. Although I wouldn’t make the trade, it comes down to this: smoking is trading pleasure for risk and money. Hmmm. Sounds familiar.

Don’t get me wrong, I personally have no interest in smoking and think it’s a bad trade on the risk vs reward scale. But that’s me. I think we should check our smug superiority at the mirror before being judgmental of someone else’s pursuit of pleasure.