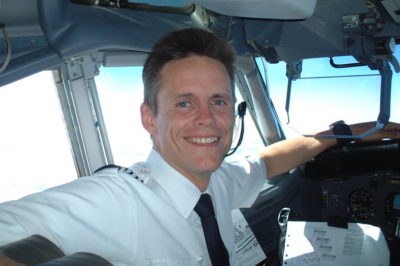 You’re a professional pilot considering flying paramotors, or other ultralights. What’s the risk to your license?

FAR 103 regulates ultralight flying and requires no pilot license or aircraft certification, but it’s still an FAA regulation. Violating the rule is no different than violating one of the FARs. Technically.

First the bad news. If you’re a certified pilot of any kind the first action they’ll threaten you with is probably some kind of certificate action. Namely, because it’s easy; it’s their main stick, and for professional pilots, it’s a big one.

Some of Part 103 rules are really fuzzy. Namely the one on “Congested”. It’s not defined, so interpretation will first be up to the Aviation Safety Inspector (ASI) thinking about violating you. We cover this in “Airspace & Law for Ultralights”. If you get a letter from the FAA about a possible violation, contact a lawyer familiar with these matters unless you REALLY know what you’re doing.

As an airline pilot myself, I’m keen to keeping that livelihood lively. After 20+ years of paramotoring, I don’t know of a single fellow airline pilot that lost their license due to ultralight flying. It may have happened, but must be extremely rare. I know of a couple that had encounters but action was not taken.

In general, to get the FAA interested in your flight there has to be happenstance observance by an examiner OR a complaint. Few examiners are interested in taking on extra work so the probability is low for that unless you’re in a public area doing something that looks illegal.

ASI’s know the basics of FAR 91 and 121 (depending on their role). If your flight looks like it violates one of those rules, they’ll perk up.

For example, you’re fully legal to fly along the edge of a field at 10 feet next to a road. You’re not endangering anyone, there are no cars, no cows, and no people. But an FAA guy happens to see you.

He will immediately think you’re violating FAR 91.119 (requires 500 feet from humans or their things). He has no idea that the rule does NOT apply. So he may track you down and start asking questions. Obviously this confrontation should be handled with kid gloves but do NOT offer anything about being a professional pilot. Just explain how you checked the airspace and are following FAR 103. He knows what it is, but probably not much else. If you’re civil and explain it without being condescending, human nature tends to be de-escalation if managed well. Explain that you “were staying over an open field with no people.” Avoid details. Don’t offer up a GPS flight track. Tell him what kind of airspace you were in (if you know, of course) as another indicator of your concern with being legal. Be short, polite, be sweet, then be silent–not rudely, just don’t hang yourself.

Also, don’t do anything that’s likely to get you reported to the police. They’re trained to get the FAA involved. And if the police *DO* show up, follow the same advice on being civil.

If you’re flying over something that could even be construed as congested, BE HIGH! Normal paramotors above 500′ are nearly silent.

Talking to the Police

Certified pilots are bound by FAR 61.3 (l) “Inspection of certificate” which requires presenting your license, medical, and photo ID to any of the following: the Administrator (including ASI’s), NTSB, or law enforcement officers (LEOs) including locals. If they ask, and you have your license on you, you must let them see it (NOT surrender it).

But there is no requirement to have it on you. Of course, it’s trivial for them to get the information from the FAA but this what the law says.

My experience with LEOs is overwhelmingly in favor of civil interactions over confrontational ones. I’ve seen it at the airline, usually in the Jetway when police are called for an unruly passenger. If I can intervene and get the person calmed down, they walk to baggage. If not, they walk to who-knows-where in cuffs.

If you refuse to talk to the LEO, and they have reason to think you represent a risk or committed a perceived crime, they may take you to jail to (in their eyes) protect the public. They may be proven wrong later but you still go to jail initially. Be careful.

If you have an accident flying paramotors, the FAA doesn’t care unless it involved certified aviation, like running into a plane. They don’t investigate the accidents and, unless it’s someone really famous, won’t give it the time of day.

If you cause an aircraft to go-around at an airport, that’s a different situation. You’re exposed since our rule requires avoiding certified aircraft. It would be better to head off that pilot going to the FAA although most pilots are smarter than that. Skeletons.

What About NTSB’s ASRS?

Should you file an ASRS Report? Probably.

The NASA Aviation Safety Reporting System  (ASRS) allows pilots to report incidents while providing immunity to certificate action in most cases. That immunity is only from sanction (punishment), though, and only under certain conditions, namely that found out about the issue ONLY by your report (sole source).

One good reason to file a report is that it shows your good intention. Advisory Circular AC 00-46E, which spells out the immunity part of the program, even points out that attitude helps determine whether they pursue enforcement action.

What to put in the report? I don’t have specific suggestions, but remember that attitude aspect: don’t rag on the FAA here because they will be deciding whether to pursue action. Filing an ASRS report will likely ONLY help if it’s seen as a part of your desire to improve safety and/or compliance with the rules.

The risk to your license appears to be quite low, obviously, I’ve considered it worthwhile, and in 20+ years have never had an encounter with upset FAA folks. They happen, of course, but it’s extremely rare for a bad outcome. It also grants immunity from sanction (punishment) under certain conditions, namely that the report was the ONLY way the violation was discovered (sole source).