Even when this review was done the Solo was a dated powerplant. It started life as an agricultural pump engine and by 2005 was used on more paramotors than any other. It’s older technology does not give huge thrust but it was enough for our application and heralded a lighter weight machine, becoming very popular in the late 90’s. 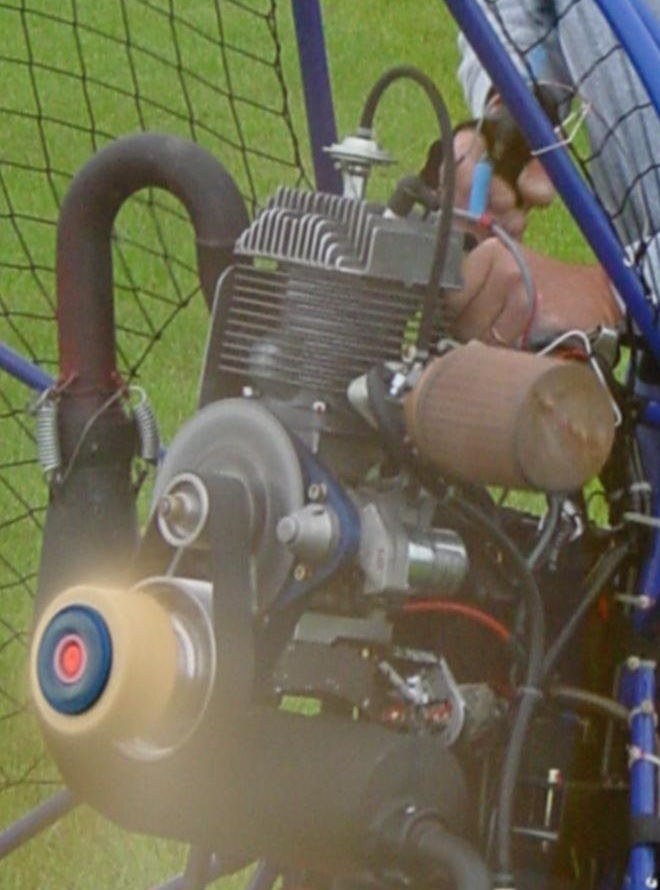 This motor has been used on more frames than any other engine that I am aware of. Nearly every manufacturer has, at one point, had the Solo 210 as an option. As late as April 2007 it was only being offered on a few Fresh Breeze models with their improved head.