Tim Kaiser brings up the Silex with Ennis Zajmi behind him

Is it me or is mother nature really annoyed? Maybe it’s just a bad spell of luck. Tim Kaiser and I arrived in Phoenix for their coldest weather in years. There’s a freeze warning for tonight. A freeze warning! That’s not as bad as the snowstorm in Albuquerque but remember, a prime Enterprise mission is to never be winterized.

Alas, in spite of the coolness forecast, our arrival day wasn’t too bad. Sixty something for a high. So it was, thanks to Ennis Zajmi who showed us a new site, that we finally got in the new year’s first real PPG flying.

Tim and I were here for 4 days and today is our last at an old, familiar staple, SR60 and Idaho. It’s nice to have flying available at a moments notice. After these paragraphs are saved, I’ll be headed out to fly. A relaxed, civilized way to enjoy the day. 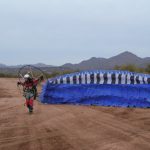 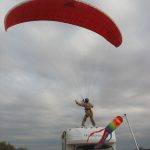 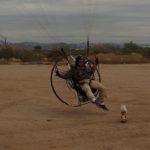 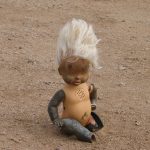 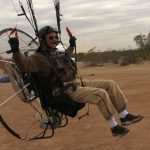 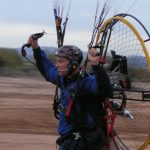 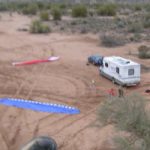 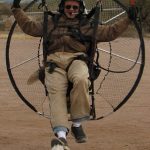 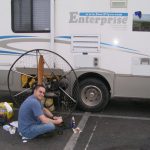 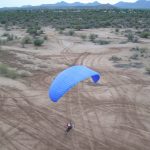 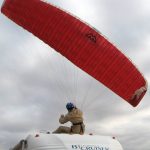 I’d love to see this with sunshine. A few more degrees wouldn’t hurt, either. There was greenery, good launch surface and no wind. We could tear it up at will.

Getting here proved arduous, though, for the Enterprise. Ruts and rocks dictate a more robust ride with good ground clearance. The road is fine for a car of moderate means but take it slow. It is not good for a motorhome!

The next night we had to run the generator and got a carbon monoxide warning. Hmmm, never got that before. Two days later, when Tim asked where the generator exhaust was, I discovered it got turned up into the bumper and was blowing up towards the cabin. No wonder!

Next up was to head out west, looking for launches in a new area. I’ve flown out there, actually, several years ago with Nick Scholtes, but those sites have certainly built up by now. Alas the weather turned lousy and we opted for other plans.