Airline Pilot as a Career 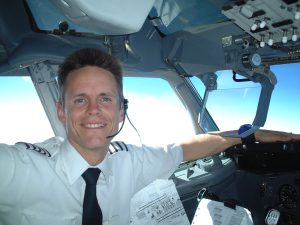 The pockmarked path to an airliner’s left seat

I get this question a lot: “I’m thinking about an airline career, I’m x years old, do you think its worth it?”

The single most important question is “Do you really love flying?” If the answer is “yes” then maybe; read on.

There are good stories and there are awful stories of people pursuing this dream with endings of various happiness. Some have made it only to be completely disillusioned by the job while others languished with less pay then their families could live on. I still suffer the jet pilot who, during one PPG convention, explained how he hates his job flying for a well-known charter company. A job that would be many a pilot’s dream. Obviously, it’s not for everybody.

But indeed a few go for it, succeed and then find, like me, that it’s the best thing going. And a few of those started relatively late in life (over 40).

A very few can’t manage piloting. In day-to-day practice it’s not extremely challenging but does take some base aptitude for controlling a body in motion and the ability to learn. Training is intense and testing is frequent. About 10% of the population is not cut out for it but most of those aren’t interested so that’s PROBABLY not you. Pilots must pass very basic physical exams that require, among other things, 20/20 vision corrected (glasses are fine). You can’t have any defects that might suddenly cause unconsciousness.

Many can’t afford it. Civilian pay is, in fact, abysmal for the first 5 to 15 years. And that’s after spending $60,000 or so to become fully qualified. Those with family obligations and existing decent-pay jobs may struggle with the $300 per week they’ll make as instructors or new first officers at commuter airlines.

My basic answer is that, if you love to fly, if you don’t care about money but just want to be paid for doing what you basically love, then consider it. Otherwise, happiness is not stacked in your favor. Certainly the lifestyle isn’t suited for everyone. In many cases pilots wind up forced on dead-end employment paths when their company goes belly up. It happened to me. Twice.

One aspect of airline employment that governs most of your work life is seniority, that is, your time of employment. When you upgrade to captain, how good your schedules are, how good your vacation choices are and where you’ll be based are the best examples. Upgrade to captain happens when you get about halfway up the seniority list–meaning that you’ve been there longer then half the other pilots.

Having said all that, I’m thrilled to have the career. In spite of a sometimes-bumpy ride, it’s been an absolute blast and, for the most part, have been blessed with great employers. My first boss, Kevin DeTray, was easy going, understanding and tolerant. My commuter airline employer, Dick Pfennig, allowed one of life’s more rewarding experiences. Others were good, too, even those that eventually sunk in the red sea of bankruptcy.

Commuter flying was like being in college. Pay was abysmal but my second job (software development) and low expenses made that tolerable.. The flying was hard work—hand flying unpressurized twins around the Great Lakes 6 to 8 flights a day—it was still flying. That’s what mattered most.

So it certainly can be fulfilling. It helps if you enjoy its many tenets. I’m lucky. First, I continue to enjoy flying. Second, the travel still intrigues me. Third, I’ve always tried to live well below my means whatever they were. Fourth, I make the best of my overnights and frequently enjoy some aspect of the area. If you hate being in hotels you’re in for a rough ride. Lastly, I’ve lucked into having great employers. Unfortunately, the company’s future, your most important factor, is almost entirely out of your hands.

After the Colgan Air crash in Feb, 2009, rules were changed that mandated new commuter pilots have 1500 hours of flight time instead of 250. That’s a big change and immediately made it much harder to get into the commuters. Consequently the ready supply of pilots almost immediately dried up and commuters now face a pilot shortage. It was compounded by economic recovery starting in 2012 that saw lots of airline growth combined with increasing retirements.

In huge benefit is that commuters had to start paying a decent wage. Where before probationary first officers (copilots) could earn as little as minimum wage per hour of duty time (they’re paid for flight time but can sit a LOT of hours to produce one hour of flight pay), now they make twice that.

So 2014-2019 has been an extraordinarily good time to be getting into the profession. Jobs are plentiful and easy to get. Pay is decent with some commuter airlines paying signing bonuses. Flight schools are busy training pilots so instructor jobs are plentiful. It has never been this good since I’ve been a pilot.

I remember when the airline interview felt like this: “I see you’ve had 20 laps around the moon but no landings?”

I’ve known other pilots, every bit as capable, who wilted in the flaming demise of their airline’s bankruptcy. They become bottom feeders on another airline’s seniority list if they can get another job.

Look at Eastern Airlines—it was the place to be in its heyday. When poor management dumped it into airline hell, an entire air force worth of pilots went treading unemployment lines. The lucky ones got hired elsewhere but usually at a 1/4th of their former pay. It was common for a DC-10 widebody captain to restart as a 737 first officer.

Numerous flight-time building options exist but most pilots cut their teeth flying for a commuter airline. Some companies have quality management and try to do right by their employees but others wage tyranny against their employees. Its sad. And it incurs a subtle hit on safety. Fortunately, commuter aircraft have come a long way as evidenced by this Frontier regional jet.

You’ll do best with a company early that’s growing moderately fast since upgrade to captain will be quicker. But some airlines have career first officers (copilots) since the company’s growth stagnated then shrank. They’ll never see 4 stripes before mandatory retirement at age 65.

It’s a strange industry for pilots, one that’s loaded heavily in favor of big business, good or bad. The basic problem is that there is a steady stream of pilots wanting the relatively few jobs out there. I always have to laugh when I hear predictions of a pilot shortage. There is none, of course, only a shortage of highly qualified pilots willing to work at fast-food rates. 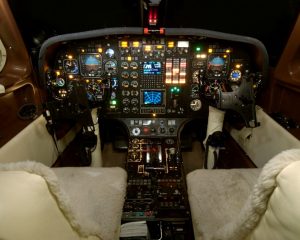 There are other options for those starting later in life. Corporate aviation is always looking for responsible pilots who won’t be jumping to the airlines and aren’t afraid help out with non-flying tasks. And it can be a very rewarding career on its own including some very nice equipment, frequently more so than the airlines.

Scott Clark from the Chicago area was 55 years old when his “day job” dined on the dust. He decided to make aviation his new career. He had some hours and ratings from instructing, towing gliders, ferrying aircraft and any other way to log airtime. It took 3 years of some intense B58 freighting and, admittedly, some lucky breaks, but he finally got into turbines, flying various models of Beechcraft’s popular King Air. He’s also flying a twinjet Westwind 1124 (one model pictured above). At 61 years old, he enthused over becoming captain qualified on the King Air 350 at Flight Safety: “It can be done!”

2008-03-15 Update. After the FAA changed the retirement rule to let pilots fly until age 65, Scott decided to try. He succeeded. His comment: “I just got hired by Air Wisconsin. Age 61. Dreams DO come true!”

When a pilot is hired by an airline, a class date is assigned. That also becomes the hire date which sets seniority. Seniority governs nearly every aspect of airline life from schedules to vacations to captain upgrade. Scott’s class date is March 31, 2008. If all goes right, he’ll be flying a CRJ (regional jet) in 6 weeks and upgrade to captain in two to three years. He may be the first over-60 aged pilot hired from outside the industry in the U.S.

If you’re 25 years old and passionate about flying it can be a fabulous ride. At 35 years old its still quite possible. I have two friends who have gone that route and are now happily flying as captain at a quality commuter airline and interviewing at major airlines. At 45 years old its a gamble but still possible, especially if you go for one of the other aviation avenues. I have on friend who started at age 42 and is now captaining a 70 seat commuter jet. Certainly don’t do it for money at that age because you’ll be one major frustrated form of bitter. If you’re willing to take the corporate route these ages are less important but I have little knowledge of what to expect.

If you do go for it, make sure to enjoy the trip. It can easily be the ride of a lifetime.