Airspace: Getting Permission To Fly Your Paramotor

Powered paragliding can be done almost anywhere so careful choices must be made. You want to fly inside the dashed magenta lines? It’s easy in Class D (control tower) because there’s someone to ask. But what about airports like Truth Or Consequences (TCS) depicted below, where there are just these dashed lines? 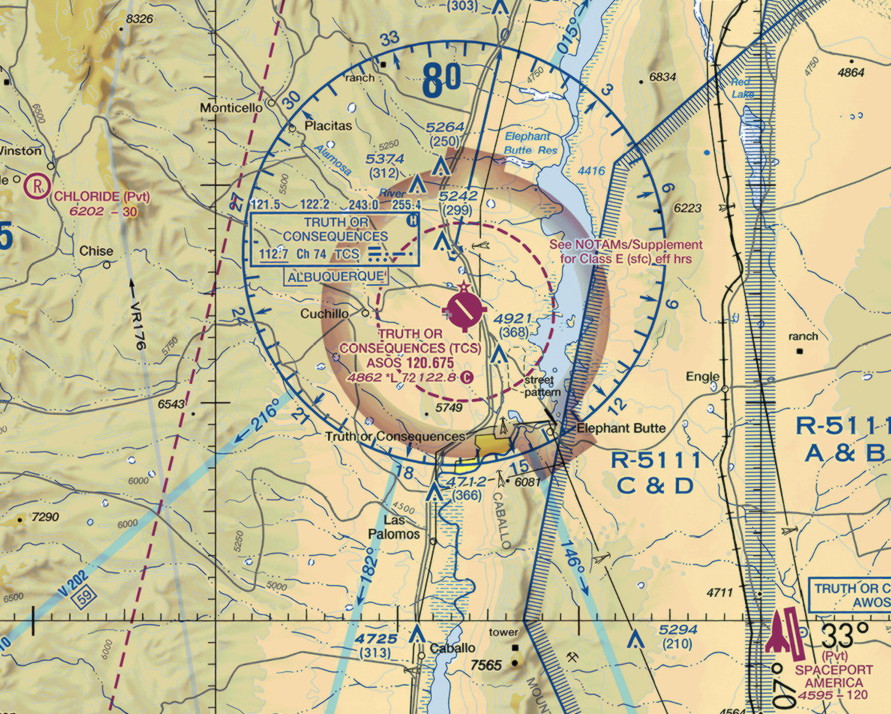 TCS Airport is reasonably busy but not enough for a control tower so they lowered Class E airspace to the surface as shown by the dashed magenta lines (not the shading). FAR 103 specifically prohibits us from flying there without permission. Airplane pilots (including sport pilots) do not need permission nor do they need to talk with anyone to fly there. The reason the Class E was lowered was merely to increase their required visibility for takeoff and landing—our prohibition is a side-effect.

Interestingly there is no top. We can’t fly over this piece of airspace at any altitude. Control tower airports with D airspace around them have tops that we can fly over (not that you’d want to).

Elephant Butte reservoir, just east of TCS airport, is a popular Powered Paragliding spot. Its western shore provides a gradual sandy slope with plentiful launch opportunities. But some of it is within the Class E surface area outlined by those dashed magenta lines, requiring permission.

Who To Call, How To Ask

The controlling authority will either be a nearby approach control or, for more remote locales, an Air Route Traffic Control Center (ARTCC) or just “center.”

These folks are not used to ultralight pilots and may not understand the need for permission. After all, the vast majority of traffic they deal with doesn’t need such permission. So when you call, be ready for a surprise. Here’s an example of how you can ask.

Pilot: “Hi, my name is Jeff Goin, I’m an ultralight pilot who plans on flying 3 miles east of Truth or Consequences. I believe that is your your airspace?”

Pilot: “OK, I plan on flying VFR from probably sunrise to sunset and will remain well clear of the runway approach and departure corridors. Is that OK?”

Your response will vary obviously. Sometimes they just say “have fun” and other times they need to talk to a supervisor because they’ve never faced the question. Thankfully, it’ll get easier as they get familiar with the drill. Another problem is finding the telephone numbers for center. Thankfully, I’ve done the mousework. They’re here. But if that link is dead, or a number is changed, or you’re out in the field or don’t know who to call about an airport, can call Flight Service (FSS) at 800-WX-BRIEF and they should be able to track it down.