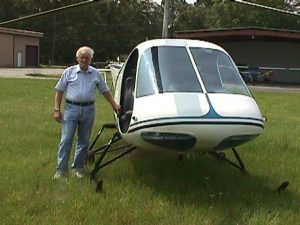 Ulf standing next to the helicopter he just sold me.

I had gone for a helicopter “Discovery Flight” to get helicopter flying out of my system then fell in love with the coolness of being able to fly something so precisely in 3D. That flight cost me a Private Helicopter License and led to the purchase of a 1969 Enstrom F-28A helicopter (pictured right with its previous owner, Ulf.

The Robinson that I trained on had a governor for RPM meaning that you pulled up on the collective and it would throttle up to whatever power was needed to keep rotor RPM. Not so in this: you twist that throttle yourself which definitely adds some workload. But you do get used to the sound of the RPM and can do it without thinking.

Later Enstroms had a Correlator which mechanically tried to do what a governor did but you still needed to tweak it. I flew one and didn’t like. On the A model, if you pulled the collective up, increasing overall blade pitch, you KNEW more throttle would be needed and got a feel for how much to roll on. In the correlated machine you might pull pitch (up on the collective) and the correlator would overdo it, making the RPM go up. So you would need to DECREASE throttle. That seemed counterintuitive so I was happy not to have it. A governor would be nice but, alas, wasn’t within my price range.

When I bought the helicopter from retired Swedish Airline Captain, Ulf (above right), it was in license, meaning the annual inspection was still current. But it expired in the next month so I had his mechanic do one last annual before bringing it up to Chicago.

That trip involved some drama of its own and is where it earned the name “Ellie Foo Foo.” But that’s the subject of another post.

John Neel is who did the annual and, as you’ll see below, he had a shop cat. So I have one of the few helicopters that had, as part of it’s annual inspection, a “Cat Scan.” Sorry, you had to know that was coming.

Before buying her I had lined up a respected shop in the Chicago area who could do maintenance. Darryl Oliver turned out to be a gem and kept Ellie flying for many years. You could eat off his hangar floor. I joked that I came up there for a $2500 wash job that included a free annual inspection. 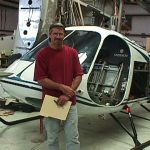 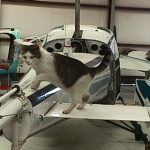 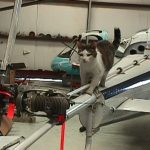 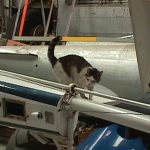 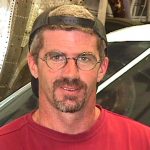 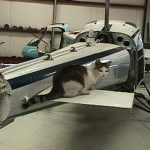 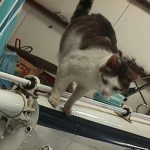 I had recently purchased a Sony “Digital Mavica” 0.3 Megapixel camera that stored files on a floppy disk. That’s why all the pictures you see here, and up to 1999, are no more than 640 x 520. It’s also why there are any pictures at all because I was, apparently, too lazy for film and development for most of life. 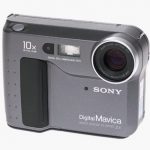 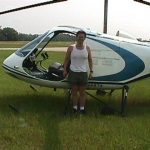 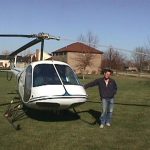