Not a Crazy Project: Paramotor By Boat – Initial Viewing

Tim & I went to look at the boat today. For one thing, it’s way more classy than what’s “needed,” but its upper deck *is* perfect. I’m a bit premature but will still refer to it as the “flight deck.”

At 16′ wide (beam) and 25′ long, it’s probably too short. I’ll do some testing on areas outlined by that size with cones or something. Tim came up with a good idea: put netting or other stout material another 12 feet back from the existing aft edge of the upper deck. Jeff thought about putting netting out the sides, and that may be a good idea here: make the netting area go at least to 18 feet, which is the main deck’s beam.

It’s a gorgeous but huge boat. We would hire a licensed captain with experience on rivers or sufficient understanding. Someone who is confident and has the capability of handling this sized boat at least for the first few trips and probably more. Jeff even has someone in mind. I harbor no delusion of boat skills up to this task without significant training. Tim & I would at least take a course and then pay attention to the hired captain in learning at least the basics. Jeff Hamann already has a lot of boat experience.

Forget folding: the railings and radar arch would have to be removed (see before/after picture above). These would have to be transported somewhere for storage to be re-installed when we sold the boat. Thankfully, they are bolted on and should require minimal (if any) cutting.

There are non-working solar panels on the top that would have to go and a decorative structure that may have to be moved, but I’d rather leave it and just launch around it.

Wing-holding netting or solid fabric material would almost certainly need to be stretched across a frame that would have to be added. Solid material, like the fabric used on catamarans, might be more desirable because it could be walked on to lay out the wing. Thought has to be given to the possibility of falling off since there would be no railings because we’d be landing over it.

It’s a fascinating and compelling idea. Both Tim and I are in favor. Tim even said that using listed precautions, he would launch from it–it might be different when you’re standing there kiting the wing and your helper is ready to unhook you from the deck. Who knows, maybe I would have second thoughts at that point, but I don’t think so. Eric Dufour and I have done some “interesting” high wind things, but none have involved quite this combination. Same with Jeff. We’ve both gone into and taken off from small spaces but not like this. So we’ll see.

I give it 1 in 3 odds, but with enough desire to keep pursuing the idea with Jeff. We wouldn’t do it without him, both because it cuts the costs in half and because we already know how much we enjoy spending time with him.

The “flight deck” edge is almost exactly 18 feet off the water and 16 feet wide. My concern is whether a pilot, hooked to the “launch line” could lose control, even while hooked to the deck and have his wing get in the water. While underway that could go poorly. We’ll just have to do some tests.

The owner said that full power can make it go about 15 mph while burning — well, he just said a LOT of gas. Two 300 hp turbocharged diesel engines at full power define guzzling. But that would be used only briefly if needed to get favorable relative winds. 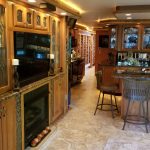 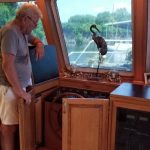 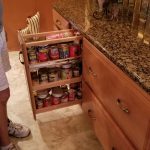 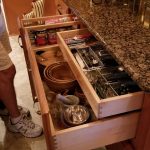 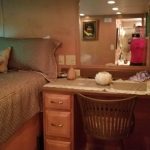 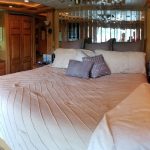 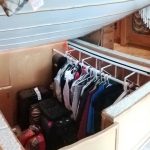 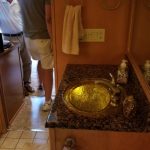 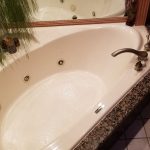 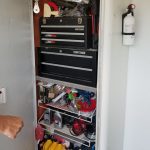 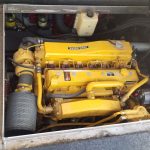 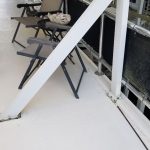 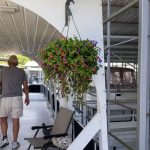 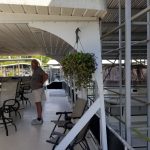 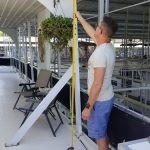 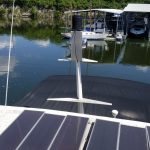 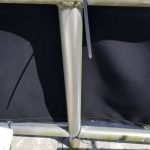 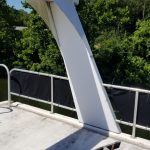 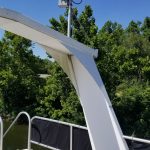 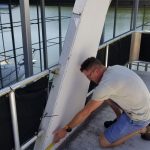 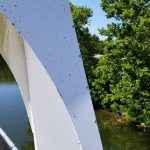 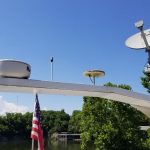 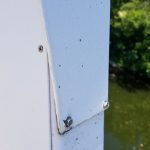 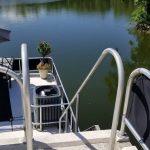