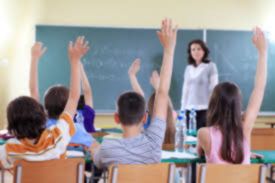 My brother asked this question, “If you could do anything you want regarding education, what would you do?”

This is a subject on which I’m passionate about given how I spend copious amounts of time trying to make really effective training products. So here goes.

A big variable is resources. Reality deals us a limited hand of teachers, time, wildly variable parental interest and equally variable students, some with learning or behavioral issues that would affect our “ideal” — in quotes because one situation’s ideal is another situation’s nightmare.

So then, what to teach?