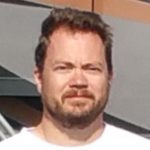 On Friday evening, several hours after I had left, tragedy struck when Richard Biggerstaff (right) was, according to two witnesses, doing a spiral from which he hit the ground. There was a small post-impact fire that was extinguished almost right away. Another pilot who was flying with Richard at the time, saw the whole thing from the air. He  landed and rushed over, reporting that “he’s gone” by the time another witness arrived at the scene.

They were high, over 1000 feet AGL according to the flying witness, when the spiral was initiated. It was almost certainly a “nose-over” spiral where the pilot and wing are pointed nearly straight down, rotating quickly.

Richard had received probably 30 flights of training elsewhere and came to Bryan in Austin, TX, for a day of brush up after a 9 month hiatus.

At the Endless Footdrag, Richard had been flying fairly aggressively including steep spirals. Bryan had talked with him about it.

The most likely explanation is that he blacked out before impact and never knew what happened. There are, of course, other possibilities–accident investigation is rife with examples of early assessments being wrong. But most of the time the obvious reason is the correct reason. Hopefully we can get enough evidence to rule out equipment failure or other even less likely causes.

He was flying normally-functioning, appropriate gear: a Nirvana motor and Universal wing. These details are so utterly irrelevant because they have almost no bearing on this kind of spiral. It’s a characteristic of paragliders that when the bank goes beyond a certain point in a round circle, it automatically devolves into a nearly straight-down condition that locks in: no input is required to stay like that.

Blackout can happen in seconds depending on several factors. It’s possible that, by the time someone notices their visual field closing in (graying out,) it’s too late. Beginner gliders are just as susceptible as advanced ones. Being heavily loaded makes it easier to get into but I don’t know the glider’s size. I suspect he was over 9 lbs / sq meter which makes starting a spiral easy.

Round, steep spirals are remarkably lethal.

My heart goes out to his connections–those whose lives were intertwined with his. I joked with him several times while he was out in the field kiting with Bryan West who was helping him on various wing handling skills although, to my knowledge, he was not one of Bryan’s students, at least originally. He was also an airplane pilot who flew his plane to the event. Clearly he had a love for life and flight that most of us share.

We all need to help spread the word about how absurdly dangerous this maneuver is. I’ve covered it in articles here, the book, and various magazines but it’s easy to melt into our overall risk.

History shows this one to be a particularly lethal recurring theme.

One problem is that it’s an extremely easy maneuver to do. They all look the same whether done by newbie or expert. So someone aspiring to keep up with their aggressive peers or just exploring the steep side can get right into it. And, as these videos show, blackout happens so quickly!

We need to do a better job of educating those we influence on the risk of steep spirals AT ANY ALTITUDE. You only black out once and it’s nearly *ALWAYS*  a death sentence.

How much more do we push it at fly-ins? As of this writing I’ve been at 4 events since 1999 where pilots have died; three of them were due to aggressive maneuvering. Is it possible our exhibitionism is getting the best of us?

If I were an event organizer, knowing what I do now, and it was my primary field, I would ask pilots to only come if they’re willing to fly like grandmas and grant permission only to those with a history of successful acro or steep maneuvering. Events would get smaller, of course, but that would be the trade for making them safer and more likely to continue.

What we do has risk. I’m a proponent of evidence-based understanding, using empirical evidence to inform our understanding. How we act is on it a personal choice but damn, lets make sure everyone at least knows where the risk is. I do risky things, we all do, to some degree, just by strapping these things on. But some things are really bad, and steep, round spirals are among the worst. Low, steep maneuvering is not as lethal as spiraling but has caused it’s share of maiming.

I wouldn’t dream of telling anyone what to do or not do, but my fellow pilots to be aware.

This is a tragedy on many levels but obviously is worst for the pilot, his family and friends. Also for Britton who has lost his primary training field as a result. And for those of us who have lost a fellow flyer doing what we all love.

Life is precious and so terribly fragile. Live it well. 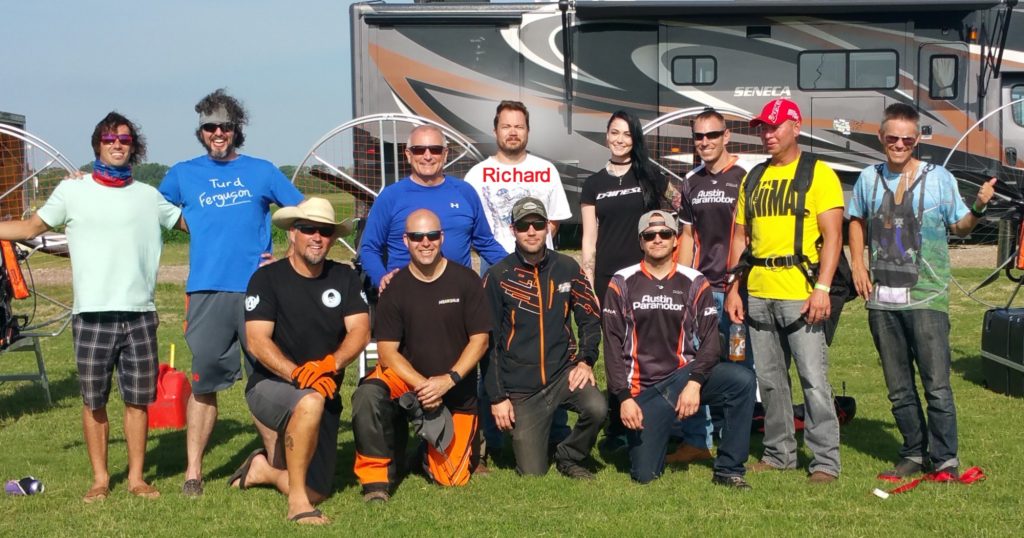