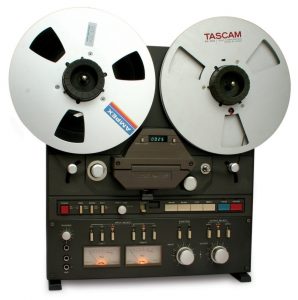 Adding a soundtrack to flight makes the high that much higher.

Few will dispute how music can evoke powerful emotions, amplify feelings and lift us to new heights. Movie makers spend millions perfecting the soundtrack—sucking the viewer farther into the experience. These reasons are also why music is such a powerful distracter.

My entire flying life, 25 years or so, was tuneless until paramotoring came along. Then I decided to finally try adding music to the mix.

We have one of the most amazing visuals ever offered to a human eyeball. To match those with your favorite music makes for an indescribable experience. Hollywood’s best doesn’t even come close.

I skipped music in my other airborne endeavors due the distraction and for good reason. An engine failure in an airplane is a big deal. High landing speeds mean that airports are the only safe landing sites and so strange noises must garner full attention. Listening to music while flying professionally would be a big no-no. Your passengers are paying for those ears plus you have to be listening for radio calls.

But with a paramotor, or even a lightweight trike, it’s so easy to fly in a manner where engine failures are mere inconveniences. I’ve had probably 15 (including several due to intentional fuel exhaustion) including 3 in the Samba hang glider trike. It’s why I frequently fly over not just landable areas, but launchable areas. In almost every case I was able to fix the problem, re-launch and get back my start point.

How Safe Is It?

Yup, risk increases some amount depending on whether it lures you into less savory places or maneuvers. But stay over good terrain, and fly within your limits to minimize the effect.

Distraction is obvious. Bopping to the beat leaves less thought energy for piloting. You’ll be less likely to catch the subtleties of changing weather, ground track or may miss obstructions. How much depends on how deep you delve into the music but, as mentioned, it can be powerful.

Masking is what music does to sounds that could portend trouble. Primarily engine sounds but there are others. Flapping noises that indicate something is loose or the whack of a recovering tip collapse come to mind.

Dealing with the music also adds some distraction along with adding wires and complexity that could cause problems on their own. Like everything else not bolted down, headphones and MP3 players naturally long for a trip through the prop. It’s your job to keep them wanting but never getting.

Accept that flying with music increases risk and make your own choice in whether that risk is worth it. Certainly you can minimize it. Delay turning up the tunes until after you’ve launched and climbed to at least a couple hundred feet, stay high and always stay over landable areas. You’re a bit more likely to need it since you might miss an unhappy engine’s little hints.