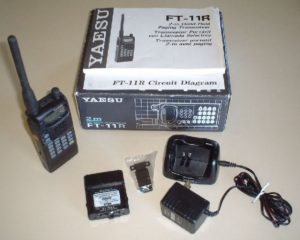 Besides being a former PPG instructor, Robin Rumbolt is an electronics guru who used to do helmet repairs and has worked with several different radios. He has offered a few tips while acknowledging there are other good systems out there that he simply hasn’t had experience with.

These are probably the most reliable since they are built for aircraft but are also the most expensive. They work using old AM technology so they have no better quality than the Ham radios mentioned next. Their biggest advantage is allowing communications with airplanes, control towers and airports (unicom). Few paramotor helmets work with aviation radios but all aviation radios work with all aviation headsets.

Although the inputs vary from brand to brand, they all come with, or have available, adapters (frequently called pigtails) that accept a standard aviation plug pair. On one end, the pigtail plugs into the proprietary radio receptacles, the other end accepts standard aviation plugs: a 1/4″ plug for the headset and a skinnier one for the microphone.

Electronics: Aviation radios are made to work with certain established standards and have two plugs, one smaller one for the microphone and a 1/4 inch plug for the earphones. Helicopters use a wider, single plug with more rings.

Robin likes the Icom IC-A6—it is nice in that it works with standard electret microphones, but it does have a weird two prong (Ed: Robin can make adapters for it).

A designated frequency in the 2-meter ham hand-helds has been used by free flight pilots for many years. Legally, you must either have a ham licensee or join USHPA and pass a simple test to use their channel. Although many pilots use them illegally, the FCC has, when spurred by upset legal users, come down on the lawbreakers.

The mainstay of paramotor communications is FRS/GMRS (Family Radio Service/General Mobile Radio Service). Cheap and common, most paramotor helmets sold in the U.S. are made to work with these radios that are available at Best Buy, Radio Shack, Walmart and similiar stores all over the country.

The most common plug is now the same diameter as those used for cell phone headsets (before Bluetooth gained popularity). Be careful about length, though. Motorola, for example, requires a slightly longer plug than other manufacturers and so, even though the plugs look identical, if you’re plugging into a Motorola radio, it may work intermittently.

Some FRS radios (in the past, these were more common) use a two-prong setup where the earpiece uses an 1/8″ plug and the microphone uses a smaller diameter.