These guys have been quietly building an electric machine for the past four years–work that has paid off by creating a salable drive train that can be used by other makers. After seeing pictures, I inquired with the usual questions and the lead developer, Pierre, was most helpful. Computer translators are remarkable, making up for my utter lack of foreign language skills and letting us communicate reasonably well.

ParaWatt’s story involves four “impassioned technicians” who have worked on the electric paramotor for more than 4 years, testing many existing motors, and finding nothing that approached what they wanted from a quality point of view of, reliability and safety. So they created one. The one in these pictures is their fifth prototype. 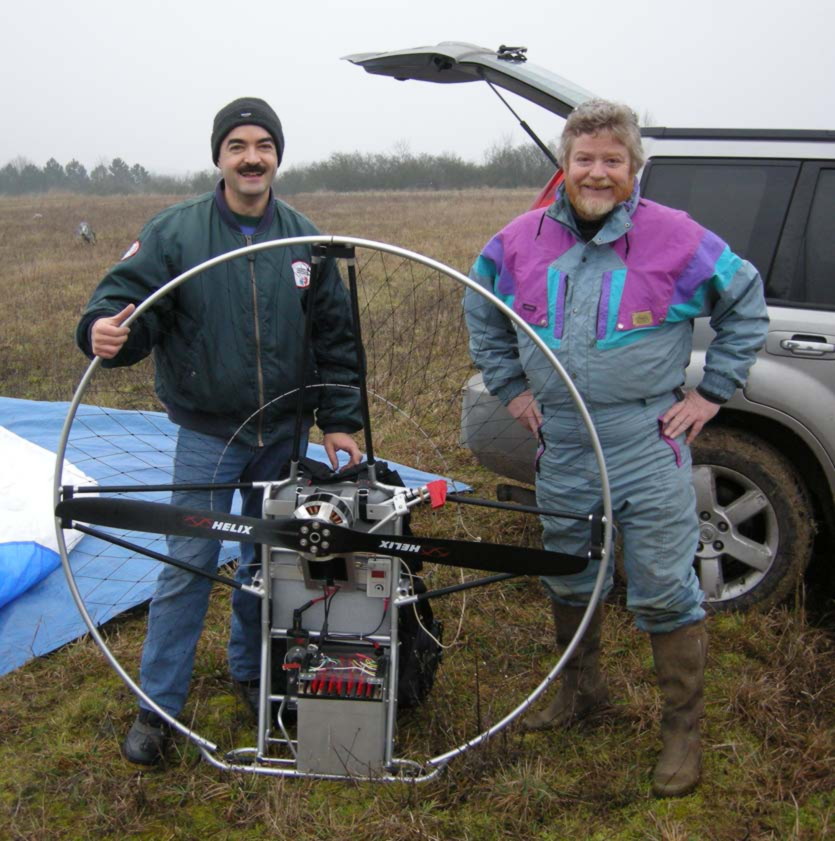 Pierre and another developer of the ParaWatt electric paramotor 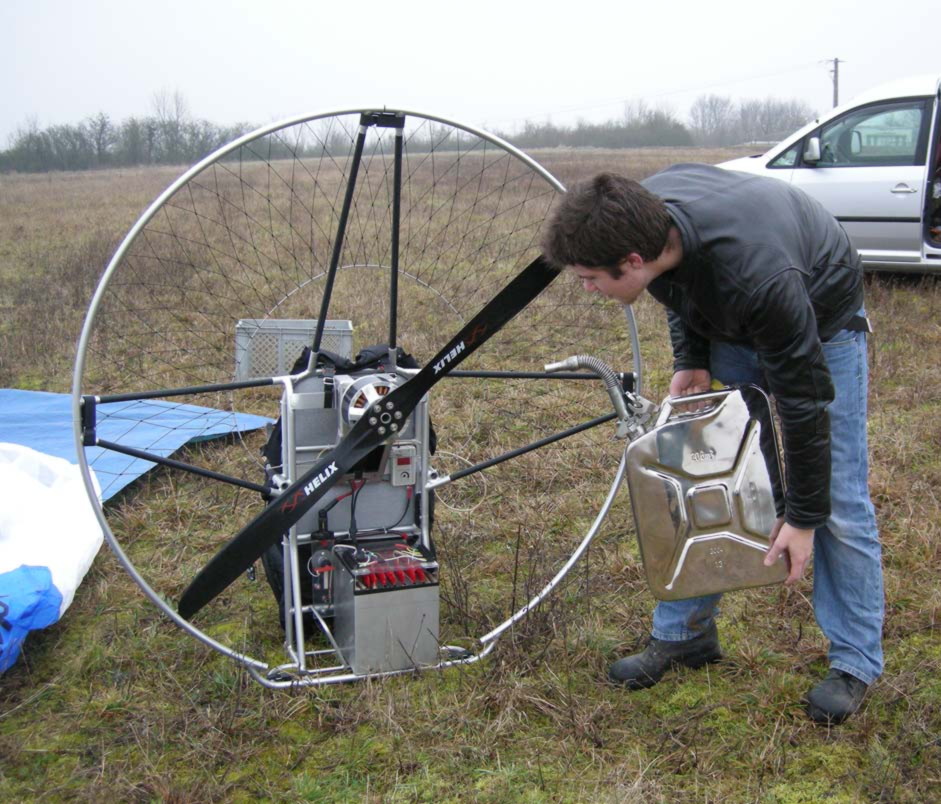 Here are the specifics, provided verbatim, from Pierre using a computer French-to-English Translator.