Towing and the Turn-Around Pulley

General towing is covered in Chapter 1 but this explains what peculiar risks come with using a turn-around pulley system. Like all risks, they can be managed, but the first step is understanding. Also, this is about towing for training, not for soaring.

See the diagrams below for a basic description of turn-around towing and straight-in towing.

It is hugely valuable to get a student airborne before strapping him into a motor. Some instructors do so through towing and a few favor the turn-around pulley since it puts the student starts beside them instead of starting farther away. Plus, it is more convenient as it requires one less person. However, there are inherent risks that should give pause to the practice or at least give it more careful attention.

Much of my information has come through discussions with several instructors that do towing and Stu Caruk (www.TowMeUp.com). Although his goal is getting free flyers high enough to soar or do maneuvers, much of that wisdom can be applied here. I have no relationship to his company but respect what he has learned over the years. I believe that knowledge can help make towing for training safer if we’re willing to apply it. 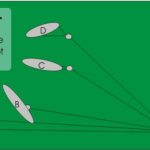 Lockout is where the towee makes some turn (gets “off heading”). Tow line pressure pulls him further into a steeper bank. If let go, it can quickly exceed the pilots control authority to recover. The tow operator must have immediate and proper reactions. 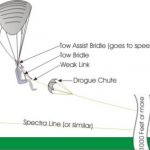 A typical stationary winch tow system with turn-around pulley. The drum is frequently attached to a converted motor scooter where the back wheel is made into the drum (spool). Thus the term “scooter tow.” In this depiction it is attached to an electric motor and driven through a chain. 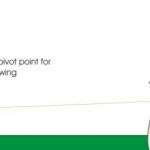 Straight-in towing, depicted here, means the pilot is towed towards the tow operator. The riskiest part of a tow is when the pilot gets closest to the pivot point (drum in this case). It’s easier to see the towee at the riskiest point. With turnaround towing, the pilot is at his farthest, most difficult time to see.

Lockout (see diagram) is the biggest towing risk and is aggravated by the turnaround pulley. Mind you there are many other serious risks that must be managed, too.

2. Overflying the pivot point can become catastrophic almost immediately. The release mechanism gets pulled down between the pilots legs and away from its normal position. If the panicked pilot cannot find the release line, he’s probably doomed.

3. The turn-around pulley adds friction. So if a lockout begins, even if the tow operator lets off the throttle, the tow line will be pulling harder through that friction.

4. In an emergency, even if the tow operator cuts the line, it may foul at the pulley, negating the cut. Stu Caruk has reported seeing this happen at least twice so it’s not unheard of.

Acknowledging the extra risks of using a turn-around pulley, there are ways to improve safety. One key element is ending the tow before the towee gets halfway to the turnaround pulley.  Just “eyeballing” it by estimating distance from glider size has proven inadequate. Here are some suggestions:

1. Have an obvious marker (see diagram at right) on the line so that, once it gets reeled in, the tow operator know it’s time to ease off the throttle. It should be placed about 25% of the way out the full length of the towline so that seeing/hearing it means that the towee is now halfway to the turn-around pulley and needs to be landed. The operator should be able to hear it go onto the drum or have a dedicated second person who’s main job is monitoring the tow to include an “approaching halfway” call.

2. Have a hook knife out and ready to use. The tow operator will likely only have 3 seconds to recognize the need, grab the knife and cut the line. If this is not easy and rehearsed, at least mentally, it will not likely happen in time. Even if cut there is a reasonable chance the line will spring forward and foul the pulley which would be catastrophic.

3. Tow gently. If the towee starts getting off-line (not pointed at the tow line), reduce tension. The student gets rewarded by continued thrust as long as they keep steering towards the line.

4. Have a person stationed or a remote method of cutting the line at the turn-around pulley. If a lockout happens, the line is cut from there.

5. Besides normal tow instructions, inform the student about the risk of getting close to the pulley and have them rehearse what to do (release) if they sense that’s happening. Of course new students are in sensory overload and can’t be counted on but it may help. Plus, just briefing it this way reinforces the risk to everybody, including the tow operator.

6. Use a Tow Assist Bridle. This device does two things: 1) it primarily keeps the wing from falling back, and possibly going parachutal, by applying speedbar if it starts and 2) applies differential speedbar if the wing banks away from the tow line which tends to pull it back in line by speeding up that side.

7. Never get the student (towee) higher than about 20 feet. Reduce throttle at the first sign of turning offline.

Line mark at 25% point. When the mark reels onto the drum, the operator should end the tow smoothly. This helps prevent the dangerous situation where the towee gets too close to the turn-around pulley, a problem especially prevalent on low tows.