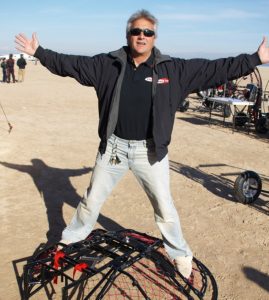 One of my early memories of Bob Armond was in Mexico. He had just started instructing and decided to have a casual just-for-fun gathering at Baja Seasons resort in La Salinas, Baja California, Mexico. A lot off his students showed up but so did a lot of other with different brands of paramotors. I watched as Bob worked every various machines regardless of whose they were, just to keep people flying. It was a side of Bob that some people never got to see. 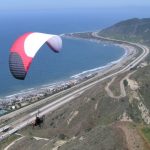 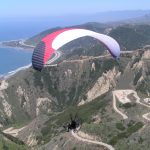 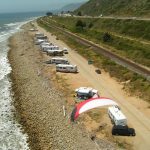 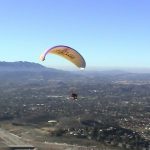 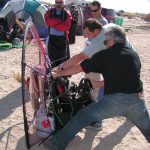 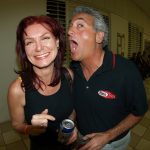 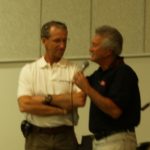 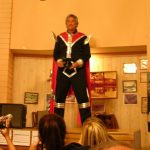 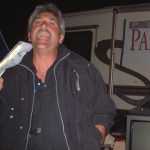 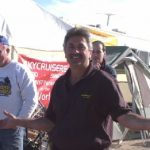 Bob Armond with others having fun 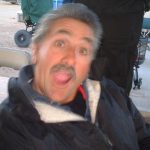 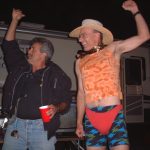 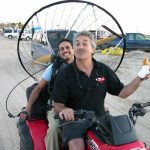 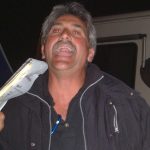 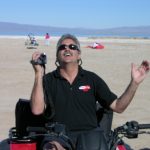 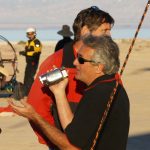 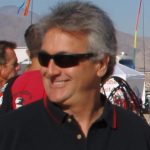 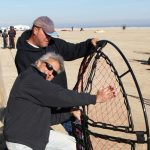 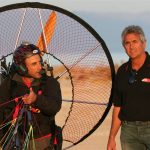 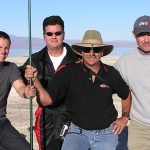 He later went on to cohost Michael Purdy’s Powered Paragliding show along with Casey Cadwell and myself, which garnered over 6000 segment-listens per episode. Bob was a big part of it. Always willing to speak his mind in bold assertions which made life on the air more lively. The show took a hiatus for a while but has come back as part of Powered Sport Flying Radio of which Bob was a periodic participant, being on a show just two weeks back.

He was dedicated to giving others the gift of flight–he loved to teach. His favorite aspect was getting people airborne for the first time, in control of the craft as pilots. And he was prolific, starting 3 to 6 people every week on the beach in Ventura, CA and continuing through as multiple flights as their time and conditions would allow.

After I bought my first motorhome, the Enterprise, I enjoyed several fabulous flights out in California with Bob including one memorable trip where we flew to the set of major movie where they had built an entire neighborhood, only to tear it down after filming was done. As you can see from an extract of video, it was already partially demolished. It was a one of several memorable flights with Bob. I had only been flying three years at the time so everything was still quite new but Bob made it fun and always made me feel welcome.

Probably more than anything else, Bob loved life and flying was a big part of it. His firebrand style of enthusiasm served him well, allowing him to build what became one of the sport’s top selling brands, Paratoys, which he eventually sold to Mike Robinson who continues to grow what Bob started.

My heart goes out to his family and closest friends. It makes me appreciate this life all the more and hopefully help remember how quickly it can be snuffed.

Thanks for all you’ve done, Bob. We’ll miss you. 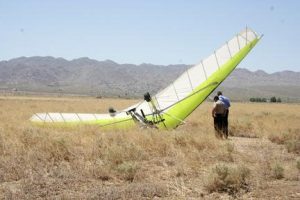 Bob was flying a relatively recently purchased hang glider trike around 11 Am in a desert area. A witness said that it “plummeted” 100 feet, presumably from fairly level flight. There was no mention of maneuvering.

Convective turbulence would be well before peak but would be quite strong given the dry, desert conditions. But this was a framed ultralight meaning that it should be reasonably resistant to turbulence.

Mechanical failure is possible but there craft have almost no moving parts–the cart/wing pivot being the most critical. It was obviously intact since the wing and cart were together but would it be possible for the cart to slide on the wing keel? If the cart slid forward more than a few inches, it would cause rapid climb then possibly stall. If it slid back there would be an immediate dive. Inspection of the craft would make this quite clear.

Sudden incapacitation? It’s happened before and, given the unusual circumstance of flying level then suddenly diving it seems possible.

Pilot input is another possibility, maybe from over-reaction to strong thermal gusts. Bob’s prior experience was mostly with 3-axis control craft where pulling back on the stick makes the craft climb. These are opposite. I fly a hang glider trike and remember having to resist that impulse on early flights.

Comments on Bob from Others

There have been many tributes posted to various forums, this is just a few.

Just got home from a long emotional day visiting with Bob’s friends and family. It was a great gathering. We laughed, we cried, renewed some acquaintances, and celebrated Bob’s life and the people he touched.

The final tribute to Bob was a late afternoon flyby of Paramotors in a missing man formation, and a release of his ashes over Ventura Harbor. As the cloud slowly dissipated, I don’t think there was a dry eye on the beach. As we go forward from here in our daily lives, I hope the the sorrow of losing our friend will dissipate, like his cloud, and the good memories will remain. I will miss you my friend. I will in time get over my sorrow, and will keep the good memories. Fly high Bob.

Bob and I got into powered paragliding within weeks of each other in 2000 and we have been friends ever since.

The last time I saw Bob was a few weeks ago when he came to my beach at La Salina to give quad rides to the orphans from the Door of Faith Orphanage. He did so all day. As it got overcast and cold he kept at it but wanted some warm socks. That night he snored more loudly than I have ever from anyone – he was tired from the day.

In the decade or so between these to events I spent many, many great times flying and laughing with Bob.

We did a lot of radio/podcast shows AKA The Powered Paragliding Show. In recent years as production of the radio show became periodic at best, I could always count on many requests to bring back the original show with Bob. Yeah Jeff and you are ok but Bob is the real reason we listen. Richard Knoblock “you can call me Dick” was as a pure invention of Phil Russman and Bob. He became a regular on the show for a while and half the audience knew it was a joke while the other half were indignant that Dick, a devout free-flight purist, would steal Bob’s paramotor, taking it for a test flight but never returning. Oh, we had fun with that!

I just can’t believe he’s gone. Bob has always been bigger than life. And tragically, he is now bigger than this life.

Bob was a true leader that did a lot of good for our sport. I remember his first two students in La Salina, Baja Mexico. At that time, I never thought he would go so far in the sport as he did. I will miss him. He brought me and many others many fun times!

RIP Bob. You will be missed by many.

Bob was such an amazing man, father, brother, son, uncle, friend & instructor and I know if you are his friend or colleague in your sport, he touched your life in some meaningful way and you, his. Thank you for loving him, supporting him, laughing and playing with him all these years. I know that this is your loss as well.

We are unsure at this time exactly when and what day, but late next week or weekend, we will do as Bob desired and have someone ( Micheal Purdy? one of his special flying buddies) fly over the ocean at sunset and spread his ashes over the sea. He made this very clear that this is his wish..He also wanted a party after, with, and i quote,” lots of booze” and music…I hope you you all will honor Bob with us and attend.

Im so sorry for that such a bright light in all of our lives just left us..But I know he is free flying, left this dimension doing what he most loved and now is shining brighter than ever! I know I personally will never meet again such vivacious, loving, hilarious, intelligent, controversial, irreverent and FUN as my hero, my brother Bob. I was HONORED to be his “favorite” and only sister 🙂

I’ve been thinking about Bob all day since hearing this terrible news.

My first PPG flight was a tandem at the 2005 Salton Sea Fly-In.

Bob and I had many friendly exchanges and I was happy to know that he actually knew of and liked some of my work. He was friendly and accepting of just about anyone, particularly if they were pilots, and he was generous with his time even to people who weren’t actual students of his.

My favorite memory of Bob was from the 2008 fly-in. I gave him some fireworks (the big kind that you see at fireworks shows) and he proceeded to light and aim them at some of his friends who were riding an ATV at night on the beach.

He was one of a kind and I consider him a friend who I will miss very much.