I was saddened to hear of Bob High’s passing.  The last time I saw Bob was when I snapped these pictures as he took his quicksilver aloft. 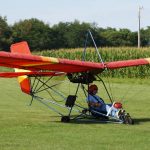 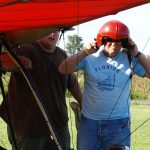 Bob High airborne in his Quicksilver 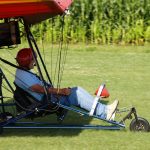 Bob High taking off in his Quicksilver

That was tough for me, shooting images that I knew they might be the last recordings of a fellow flier. I wanted to make sure he was captured in his element. We never know when it could be our turn, too.

Although I didn’t know Bob personally, he was always very friendly, laid back and certainly loved anything that flew. I talked with him each of the last few years I attended Don Jordan’s Boyer Fly In and he was always enjoyable to be around.

Although I’ll miss him when next I come down, my condolences go to wife Gail and family who will miss him the most.

Word from a Friend

I have known Bob for nearly thirty years, and he was indeed a great guy.

He was a hero many times over, and the world is better for having had him in it, albeit, for not nearly long enough. He was a fantastic partner and a terrific motorcycle officer with the LAPD in Los Angeles.

We will all miss him greatly, and everyone comments on what a great and generous guy he was.