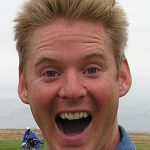 It should come as no surprise that Dell Schanze has managed to define yet another low in the business ethics of powered paragliding. Nobody has even come close to being this clueless or classless.

In an effort to dupe the gullible into thinking there is, in fact, paramotor certification he has created a sham powered paragliding “association” that portends to test and certify equipment. Of course the website is registered with Dell’s email and, as of Sept 25, 2014, the phone number was the same as Dell Schanze’s sales number. There are, of course, no officers listed, no committees or names listed, and nothing that would suggest that it’s registered as a corporation of any kind.

Records are claimed that have no bearing on what either the USUA (U.S. organization tasked with overseeing records under the auspices of NAA.aero) or the FAI recognize. They’re just Dell’s own claims. Of course this does a dis-service to the real record holders who have actually earned their titles as measured by someone other than the record claimant.

Paramotor flying is a remarkable undertaking — it’s a shame when someone treads so disrespectfully on its participants and potentials.

This organization has no standing with any other organization or with the FAA and for very good reason: it is nothing more than a sales tool. Hopefully, a discerning public will see through this fellow and refuse to do business with him on ethical grounds.

Not surprisingly, he lists his Flattop as the only paramotor meeting his “standards” while many other paramotors are listed as failing. How deceiptful. A number of paramotors can pass the hand test and nearly every machine provides varying amounts of vertical impact crash protection just by how they have to be built.

Not only is there no data to suggest better safety in the Flattop paramotor, but there have been serious accidents with the machine resulting in serious injuries. The Flattop injury rate appears to be no different than any other machine when flown the same way. The raw data suggests it’s less safe but that’s likely because of pilots trying to emulate Dell’s risky flying. Additionally, the higher power versions of the machine have average to poor handling of torque which puts it in another risk category. Not that it’s worse than other similarly powered machines, but it’s certainly nothing like how Dell Schanze promotes it.

Sadly enough, people do drink Dell’s Cool-aid and some pay the price.

Another travesty is how he berates anyone who says anything bad about the machine even when it’s something that needs to be publicized.

When the front arms cracked on several machines and broke on another, the pilots didn’t report it publicly for fear of losing service. And, of course, Dell certainly wouldn’t report it. Things breaking doesn’t mean the machine is bad, it means there was a problem and the manufacturer should point it out and offer a correction. You don’t have to offer the part for free, either, but offer it as an improvement. That’s the responsible thing to do. That’s not what you’ll get with Dell Schanze and the Flattop.

Jumping Out Of An Airplane

Amazingly, he claims that you can jump out of an airplane with stock powered paraglider gear. This is beyond dangerous. If the wing did NOT break on opening, YOUprobably would, and likely in a catastrophic manner. The fact that it’s illegal (skydiving is covered under FAR part 105)  is way less important than the extreme risk. Paragliders are not designed for a high speed opening nor is your body.

Suggesting that pilots can jump out of an airplane with an unmodified paraglider and paramotor is absurdly irresponsible.

Doing business with any company supporting Dell is an affront to every business and school out there trying to be even remotely honest in this game. Its a tough business and there have always been those willing to push the truth in various ways but never to this degree. Do yourself a favor, do your friends a favor, do the sport a favor and stay as far away as possible from dealing with this unethical sham that is Dell Schanze and Flattop Paramotors.

Do us all a favor and don’t be an enabler of this incredibly unethical behavior.