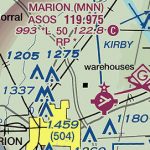 In 1975 I flew my first aircraft, a glider, at Marion, Ohio. Malcom Green took me up in a Schweizzer 2-33 sailplane and soon after releasing from tow, said the magic words “you’ve got it.” That was it, I was hooked for life.

In about 2003 or so, having come full circle in the career, I came back to Marion to visit friends at the glider club and fly my paramotor. It was cool to see my old stomping grounds from this new perspective.

Today, I was saddened to learn that a paramotor friend of mine, James Hall, who had been flying periodically for years, was told that he was no long allowed. How terribly sad.

For one, the paramotor can be flown with the same safety as any other craft with appropriate patterns. And apparently there was no discussion about patterns, launch areas and so forth, he was told this was a new policy.

Two, the airport accepts federal funds and therefore has agreed to a number of “Grant Assurances” including #22 which requires the airport support all kinds of aeronautical activities that it is physically able to. Given the size and location, MNN easily falls within this ability.

I’m helping the ultralight orgs see if we can find out more. Jim Sayers, the airport manager, has been at the airport for many years and, in fact, towed me up in the glider several times! It’s entirely possible that the city has directed this policy and he’s just the messenger.  Either way it did not seem right and hopefully can be resolved amicably.

2014 May 15 Update The USPPA contacted Marion Airport’s management and they said that paramotors were not banned nor were ultralights banned. As best they can tell it’s something that management and the pilot must work out.