People love to have fun everywhere and PPG certainly qualifies

My impression of Iran, coming from the general news media, wasn’t one of people playing and having fun. In my head I knew better—that people are basically the same everywhere, and that most differences arising from the cultures they’re born into.

So it was fun getting an email from 22 year old Iranian pilot Farzad, aka Mohamad Mehdi. I was fascinated to hear his completely different side of life in Iran rather than what we’re fed by the news media. Not do deride media outlets, but it is certainly quite limited.

Life goes on. And its so refreshing to find people pursuing their passions. Behind the headlines, behind the rhetoric, I can imagine enthusing with these folks over the incredible freedom and mutual love of flight. I asked if he would be willing to write about their aerial life. His English is much better than my Farsi but it’s not his first language. My hat’s off to anyone who learns another language which, I’m ashamed to say, I have never done.

He was kind enough to answer some questions, too, which I have included below, edited slightly for clarity.

Besides describing some Iranian flying details, he also asked got some of his friends to include a short bio. They write:

The weather from Spring to Autumn is good and, even in winter we can fly at a special site in south of Iran. Your opinion is actually true about connecting between cultures. Pilots age range is between 20 to 40. 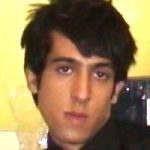 I started paragliding from 1996 (1375) and Paramotoring from 2007. We fly in sandy desert, beach, jungle, mountainous areas, and our club in the city. We don’t have any limitation to pleasure of flight. I invite everybody from anywhere to flying with our team in Iran. I should say a sentence to my father: I love you father because you teach me to fly.

In Iran we teach flying to our student in 4 level per FAI law we have 6 international instructor that they tech to fly with Paraglider and Paramotor to men and women. 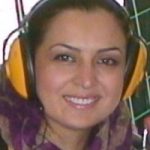 I fly with paramotor from 2008 until now. I did that because it is an exiting field of sport. In Iran like the other advanced countries women can fly simply. There is no limitation for us. The only reason of difference between the number of men and women pilot’s is that men are more interested. This difference doesn’t mean that we can not fly here. So I suggest to women of all around the world to come here and enjoy of naturally beautiful sites of Iran. Also I thank the sir Farokh Farkhondekalam (my instructor) for everything. 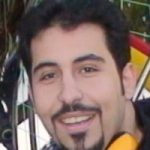 On Feb 20, 2011, I got a note from Vahid. He is apparently now producing paramotors in Iran and has a website that he asked me to include. By all means. Given how the only thing I ever hear about Iran seems to be bad news from the Media, it’s really cool to realize that they’re people, just like us, wanting to enjoy life. So please visit the make of Iran’s own paramotor “Metal Bird” at www.passionflyer.com.

Here are the questions Farzad was kind enough to answer:

1. How many paramotor pilots are there in Iran? Male? Female?

I think we have about 1000 active paraglider pilot and about 100 active paramotor pilot.( I just know 2 women that they fly with paramotor that I send one of theme picture to you.)

2. What are the airspace restrictions?

We can fly easily every where that we want but not at military and security places( like the airport).

3. Is special permission required to fly?

In Iran we have a air sport federation that give FAI certification to PILOT. But I never was at condition that I should show it to anybody.

4. Are there any active schools? It looks like you may be training.

There is much active school in Iran and we have a Paragliding & Paramotoring & skydiving school.

5. Right now there is a lot of animosity between the US and Iranian governments, especially considering those 3 they are holding as Americans spies. Readers would like to know how safe it is to travel to Iran?

Iran Islamic Government is not good but in every country there is much law to safe traveling. Every body that have Iran visa can travel safe to Iran and enjoy flying. I remember that last year some body from Germany come to Iran for Paramotoring. Somebody from Europe  came to Iran and show acrobatics to Iranian pilots. A trainer from Germany ( UP team) come to Iran to teach XC flight. The ParaAVIS team come (from Russia) comes to Iran more and more.

6. Was about gas and oil which is obviously readily available.

7. When do you typically fly?

We fly every day that we want simply in our school or other sites.

8. How many paramotor pilots do you think there are in Iran?

There is more than 100 paramotor pilot but I don’t think all of theme is active.

9. Does anybody do any paramotor competition?

10. Was about flying conditions. Answered elsehwere.

11. Is it easy to find launch sites? How do you get permission?

We don’t need any special permission. Its easy to find safe place to fly because in Iran there is many good places to fly every where. In desert , jungle , beach and city.

12. Can you fly from just about anywhere you find a flat spot?

If there was not a military and security place we can fly there.

13. Is there any other personal for-fun aviation going on in Iran?

There is 2 local airports that they teach to people to fly with ultra light airplane and other things.

14. Is there a website where we can go to see your paramotor activity?

I have a web site that is at design level .

Lets hope we can fly with these folks someday and share the joy available to just being a fellow human. 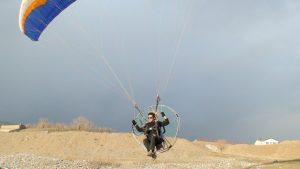 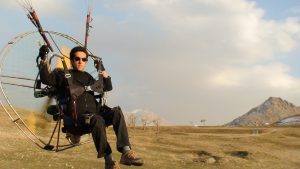 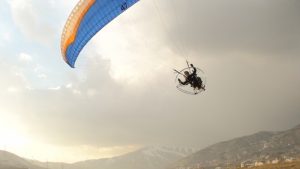