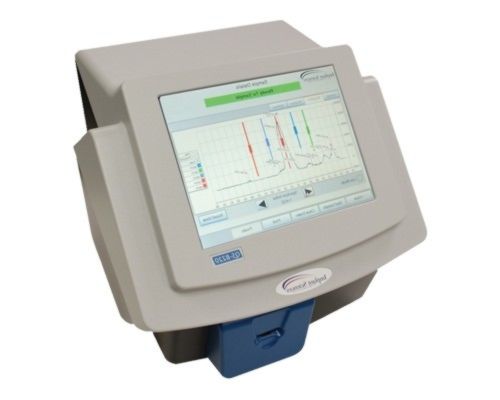 Before starting a 3-day work trip, I couldn’t resist the misty calm that called from outside. It would be a fine time to experience sunrise over Polk County and a welcome refresh. Not only because I hadn’t flown in a while, but because ground fog conspired with sky to be so stunning AND I had time before work–unusual for AM work trips. And it was amazing as the pics below show. I ended the flight by killing the motor and doing a hundred foot swoop, sliding along the grass to a stop. That felt so good.

All gussied up, I presented to the TSA station as usual but there was a new twist: they were taking hand swabs. She swiped a patch of my left palm and stuffed the sample into a machine: the L3 Corporation’s QS-B220 portable detector. Screening gets changed up periodically to keep bad guys guessing which is a good thing. Anyway, my swab set off a big red “Alarm” which certainly wasn’t expected. True, I did just have that same hand wrapped all over a paramotor throttle but I’d also taken a shower afterwards. Either way, I now earned special treatment.

A fellow was called over to escort me through the rest of the new process, starting with a full body screening, x-ray of my two bags, body scan (never did that before), and another trip to the mighty QS-B220. This time they picked a bag and swabbed some random things from it. While that was going on I got a full pat-down. My stuff passed and they sent me on my way about 25 minutes later than I would have otherwise.

The three people I dealt with were very respectful, even friendly, and utterly professional. Of course it’s not “fun” going through this whole thing but I’ll admit to some curiosity. I don’t know what would happen if any of the stuff alarmed but I suspect that it would have led to a far more detailed examination of both bags and me. But hey, as a pilot, there’s a certain amount of comfort in knowing these people are DOING their job. And seem to be doing it professionally.

It is a fact of modern life that bad people would like to attack aviation and they are constantly looking for soft spots. We do no service to suggest that “grannys” or other seemingly harmless people should be exempted. The bad guys will find these weaknesses, exploit them, and the TSA knows it.

One way to think about this screening is to put yourself in their place: the bad guys look a process, test it, and find areas where they can get through. The TSA tries to stay one step ahead of them but its tough. And a lot of people treat them quite poorly. Not that I’m surprised, passengers miss flights because of this, but its a necessary evil of modern air travel.

There are certainly ways this could be improved: namely versions of automation that could speed people through it. But that takes money, and drive, things that tend to be scarce in many government programs. Perverse incentives abound. The managers are primarily tasked with preventing attacks in a REALLY challenging environment. Namely that you’ll pass a million passengers before coming across even ONE who is likely threat. We humans just aren’t good at that kind of thing. They DO testing of themselves, and DO change things up, but it’s a tall order.

Like any human group, there are bad actors. Like police, a small percentage get some power and take to abusing it. But the percent of TSA folks that I’ve had positive interactions with, even in this negative situation, is over 99%. For a government agency, especially in this role, that’s not bad.

Next time you see a TSA agent doing their job in a respectful, professional manner, consider telling them “thanks for helping keep us safe.” You may make their day. 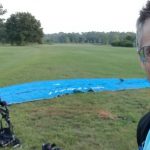 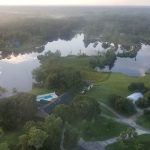 Looking over the house and lake 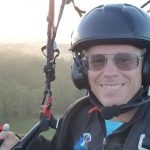 The runway, house, and lake framed in mornings great rays 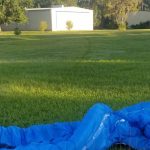 Slide line after swooping across the runway