Who Owns the Air? 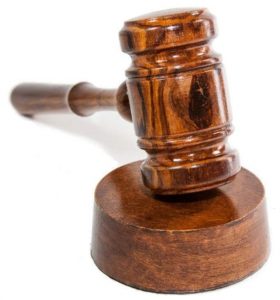 Air may be everywhere, but like most aspects of life, it gets regulated.

Sometimes municipalities or other entities, pardon the pun, get in over their heads. In the U.S., navigable airspace is strictly the purview of federal government but that doesn’t stop local entities from trying to regulate it themselves. Even state agencies have tried.

Pilots have indeed been victorious fighting violations of such bogus laws but at considerable personal expense. It’s always best for one’s pocketbook to avoid the confrontation. It’s maddening, though, and I applaud those who do fight it.

The first bit of relevant law regarding FAA control of airspace is below. It addresses “Restricted Areas.” What are those?  The source is “Electronic Code of Federal Regulations.” Note that Title 14 regards airspace and space, Title 49 is about transportation like pipelines, ships and the like. But Title 49 describes who oversees what.

§73.17 Controlling agency.
For the purposes of this part, the controlling agency is the FAA facility that may authorize transit through or flight within a restricted area in accordance with a joint-use letter issued under §73.15.

Also on the books is the following reason why we know that FAA is the only authority for airspace. Note that US Code (USC) and Code of Federal Regulations (CFR) are slightly different but that courts typically use the US Code sourced here. If you don’t find a regulation in the CFR, look in the USC.

(a) Sovereignty and Public Right of Transit.—

(2) A citizen of the United States has a public right of transit through the navigable airspace. To further that right, the Secretary of Transportation shall consult with the Architectural and Transportation Barriers Compliance Board established under section 502 of the Rehabilitation Act of 1973 (29 U.S.C. 792) before prescribing a regulation or issuing an order or procedure that will have a significant impact on the accessibility of commercial airports or commercial air transportation for handicapped individuals.

(A) navigating, protecting, and identifying aircraft;

(B)protecting individuals and property on the ground;

(C)using the navigable airspace efficiently; and

(3) To establish security provisions that will encourage and allow maximum use of the navigable airspace by civil aircraft consistent with national security, the Administrator, in consultation with the Secretary of Defense, shall—

(A) establish areas in the airspace the Administrator decides are necessary in the interest of national defense; and

(B) by regulation or order, restrict or prohibit flight of civil aircraft that the Administrator cannot identify, locate, and control with available facilities in those areas.

(c) Foreign Aircraft.— A foreign aircraft, not part of the armed forces of a foreign country, may be navigated in the United States as provided in section 41703 of this title.

(d) Aircraft of Armed Forces of Foreign Countries.— Aircraft of the armed forces of a foreign country may be navigated in the United States only when authorized by the Secretary of State.

(e) No Exclusive Rights at Certain Facilities.— A person does not have an exclusive right to use an air navigation facility on which Government money has been expended. However, providing services at an airport by only one fixed-based operator is not an exclusive right if—

(1) it is unreasonably costly, burdensome, or impractical for more than one fixed-based operator to provide the services; and

(2) allowing more than one fixed-based operator to provide the services requires a reduction in space leased under an agreement existing on September 3, 1982, between the operator and the airport.

How low can you fly without being “on” someone’s land legally? 82 feet is one precedent.

Hey, You! Get off of My Cloud!

How much of the airspace above your home do you own?

National Geographic photographer George Steinmetz was arrested for trespass on June 28 after circling his paraglider over a Kansas cattle feedlot, according to an Associated Press report published Wednesday. Local officials say Steinmetz didn’t have permission to launch his flyer from the property or to take photos from the air. Can you keep people from gliding over your property?

Up to a point. Before the advent of air travel, landowners owned an infinitely tall column of air rising above their plot. (The Latin doctrine was Cujus est solum ejus usque ad coelum, or “whose is the soil, his it is up to the sky.”) In 1946 the Supreme Court acknowledged that the air had become a “public highway,” but a landowner still had dominion over “at least as much of the space above the ground as he can occupy or use in connection with the land.” In that case the court held that a plane flying just 83 feet in the air—the commotion was literally scaring the plaintiff’s chickens to death—represented an invasion of property. The justices declined to precisely define the height at which ownership rights end. Today, the federal government considers the area above 500 feet to be navigable airspace in uncongested areas. While the Supreme Court hasn’t explicitly accepted that as the upper limit of property ownership, it’s a useful guideline in trespass cases. Therefore, unless you own some very tall buildings, your private airspace probably ends somewhere between 80 and 500 feet above the ground. Paragliders and hang gliders can easily soar above that height, so your ability to exclude a snooping gliding enthusiast appears to be limited. (It should be noted that the vast majority of complaints about trespassing hang gliders result from their landing on, not flying over, private property.)

The upward boundaries of private property may be changing. The federal government is considering lowering the floor of navigable airspace below 500 feet to accommodate surveillance drones, which sometimes travel at lower altitudes. The move has alarmed some local governments. Earlier this month the City Council of Northampton, Mass., voted unanimously to adopt a resolution opposing any attempt to expand navigable airspace. In February the Charlottesville, Va., City Council called for a two-year moratorium on drones in the state.

Government drones get most of the media attention, but privately owned models, which are now affordable for many groups and individuals, are becoming a flashpoint. Paparazzi, media organizations, or just about anyone who wants a look at private land will soon have the technology. FAA Administrator Michael P. Huerta predicts that there could be 30,000 licensed drones by 2020.

In 2012 the animal rights group Showing Animals Respect and Kindness flew a drone over a planned pigeon shoot at Broxton Bridge Plantation in South Carolina, causing the hunters to abandon the shoot. A dispute arose over whether the drone was above public or private land, but the hunters shot it down before fleeing the scene. The drone owners vowed to sue for destruction of their property. 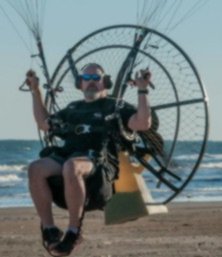 As with any other human interaction, it’s best to operate as quietly and cooperatively as possible; to piss of the fewest people. But even after doing so, there are those who don’t care and will wield power inappropriately.

2017-Jan-15 A Texas Green Eagle pilot Craig Carter has been charged with Trespass after flying over open pieces of land in Lavaca County, TX. Apparently the embrace of individual freedom may be just lip service.

According to the pilot, an overzealous prosecutor said that his mere presence was causing stress of people on the ground even though he was several hundred feet away and has flight tracks to prove it. He was launching from a nearby airport. Updates if we get them.

“I just wanted to Bring every one up to speed on what is happening to me. The sheriff dept. and county attorney have decided that my Legal flight in this county is no longer legal and are trying to shut it down. I have received a citation for Disorderly Conduct and went to trial where the prosecutor stated that mere presence in the air is disorderly. I was found guilty on a Bench Trial which I have appealed to county court. I have now been issued 13 criminal trespass warnings and told that if I fly over any of the properties I will be arrested for Criminal Trespass.
I have been investigated by the FAA and cleared of any and all wrong doing what so ever. But that does not stop the county from continuing the prosecution of me.

I have flight tracks that show 300+ feet AGL at all time on the date in question and that makes no difference at all.
I have hired a Aviation Attorney out of Houston to fight for my rights as well as everyone’s right to legal flight in this great state. But this fight will not come cheap. But I feel strongly that it is a fight that has to be fought. I have set up a fund to help defray the attorney fees if any one is interested in helping me fight this battle for our rights in this sport. Any and all unused funds will be donated to charity.”