It’s a first. The U.S.A. has finally put some competitors on the world stage. Nine skilled flyers showed up in Greenville and put on an impressive performance. Probably most impressive were the launches: of 54 attempts, 53 were successes. Not bad, especially considering some of the marginal conditions.

This was a qualifying meet and there’s still no guarantee that any of us will be chosen to go to Italy. Only twenty pilots around the world will be chosen. Fingers are crossed.

As always, the thing was a blast. More below the gallery. 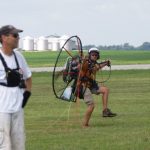 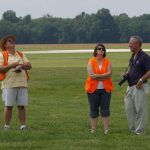 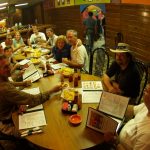 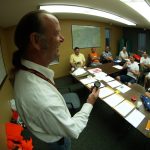 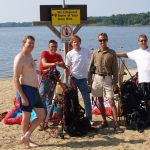 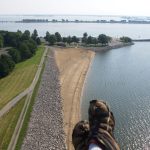 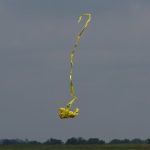 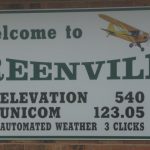 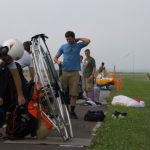 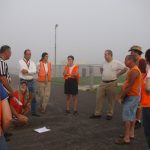 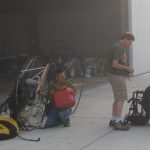 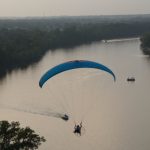 These guys rock. Roy Beisswinger was the driving force to have this event at his home field in Greenville, a huge area that’s home to some capable helpers who indeed helped make it possible. Officially, Roy was the steward, making sure everything met FAI standards. David Rogers was the Organizer and his enormous effort showed. We all had good documentation and there was no doubt what the rules were.

Wow this was close. The slightest mistake would have completely changed the order. Scoring was way different than the USPPA or even regular FAI methods. They used total seconds and added penalties. The penalties were typically so stiff that any error was essentially disqualifying.

The event was also counted as a USPPA competition with basic scoring guidelines agreed to in advance. Results are below, as used for  USPPA are below. The FAI WAG official results are here and are scored in seconds.

A tight-nit group of like minded pilots is pure pleasure to be around. We were all intent on doing our best but the camaraderie is second to none. I really enjoy these folks.

One particularly humorous moment was when Lance, flying the basketball slalom, managed to pop the ball. He ran a moment, with the wing overhead and under control, then convinced himself that the task must be over. Too bad, he could have continued and gotten some score. But there was no contingency for a popped ball and another had to be scrounged up. Thankfully, Greg Hagg had another.

The structure paired pilots together and so there was an unfortunate amount of luck. Plus, it rewards a fast wing and powerful motor.

Mo and Chad were on loaner motors and Mo’s wasn’t running so well. He would have done a lot better otherwise. Chad’s Top 80 motor was running great but he got paired up against me on my Blackhawk 172. My better climb rate helped me avoid the 5 second penalty when climbing up for the ribbon cut. His time was only 1.5 seconds longer than mine but he took a 5 second penalty for finishing second.

After botching one run I concentrated on just finishing correctly and that worked out well. If you can simply finish everything in the correct order, you’ll probably do well.

On one cloverleaf, I had a serious cranial flatulation (brain fart). After flying three of its four legs, I exited, thinking I was done. Fortunately, the other cloverleaf went well. I know I could do better, though, as I’m sure Stan could, too. I almost never get to practice an actual cloverleaf since I don’t have one set up at home.

I love going to fly-ins, but it’s really cool to be a part of these events. Admittedly, it’s also a bit stressful. You’re kind of on stage and there’s pressure to perform. Every launch counts.

What an effort. I’m so thankful for these folks who bring talent and tireless expertise to make for a fair event. It was also funny to watch them in action. Some unsuspecting, but knowledgeable, spectators were pressed into action. Since each event was run with two pilots flying at once, it took twice as many judges (marshals in FAI parlance). Great job. Nearly every position was backed up so that errors were minimized.

The World Air Games will select among the top 20 pilots worldwide to come to Turin, Italy in 2009. So there’s still no guarantee that any of us will wind up being invited. Three of us had times that were up there with other pilots who placed in the top percent so there’s hope.

The next morning everybody flew. As you can see from the picture above, we did a cross country to nearby Lake PerfectFlight. Lance is shown launching from our little beach area. We gathered near the “Fly at your own risk” sign. Later on, I tried out the Nirvana Simonini Nirvana paramotor and wing, What a hoot.

The lake was an adventure. I wasn’t going to land but the others had talked about landing there and going for a swim. Jiri isn’t a talker, he’s a doer and was the first to land although Mo also landed somewhere else that I didn’t see. Jiri landed on the levy and, when nobody joined him, launched from the Levy. Then others decided to land and I followed. My worry was with the park rangers. They didn’t care at all so I was the last to land.

Mo took a swim, we posed for pictures, chatted with a number of curious locals and then all launched uneventfully in a mildly challenging light wind.

All in all it was a very rewarding and relaxing morning with a group of talented pilots. I’m glad to have been a part of it. Here are some pictures.